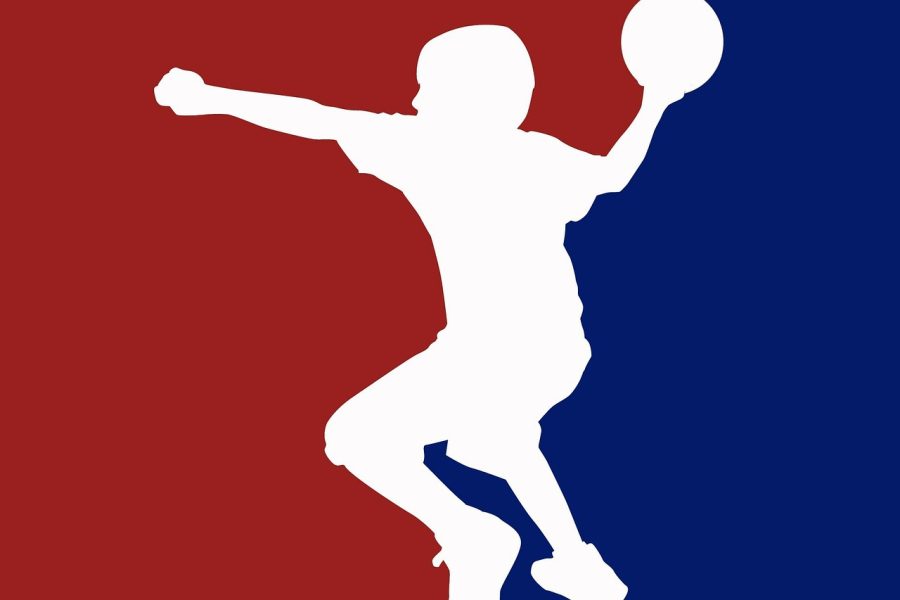 When you were young, what was your favorite sport? Most people would probably say basketball, soccer, and maybe even kickball.

I would say that mine was dodgeball because it is a really fun game to play, and that was what I did throughout my lower and middle school years when I was younger.

Dodgeball is a simple game that involves two teams that throw softballs at each other until one team is out, simple. I understand why dodgeball gets its hate, but I believe it shouldn’t be banned from schools. That doesn’t mean it should be required to play at least once a week, but more schools should introduce this amazing sport to kids, which easily makes teaching workouts more fun.

Playing dodgeball can give kids that adrenaline rush that can help them through their day or just give them the satisfaction of dodging balls. Before playing the game, P.E teachers can do some exercises and show some arm workouts that can help someone when playing dodgeball.

Like our own P.E teacher, Mr. Lindo states, “Without modifications, it can be a game where people can get hurt, but if the teacher is really thinking outside the box and is redesigning a dodgeball game where everyone can play, I don’t think there will be an issue.”

The game itself has a lot of potential to be changed just to help it fit into the curriculum. One example of this is if you get out/hit by a dodgeball you could do 20 pushups or 20 jumps and jacks.

Mike Moffatt, who spent a decade playing in dodgeball tournaments. “Dodgeball is a good introduction to contact sports. You learn how to take a hit, but instead of getting hit with a knee or elbow, you’re getting hit with a foam ball. It can sting a little bit if you get hit in the wrong place, but otherwise, it’s a lot lower impact than, say, soccer. Not many concussions in dodgeball.”

This same article also states, “Unlike many sports like basketball, a broad range of physical characteristics are useful. In dodgeball, there is an advantage to being big (throw harder) but there’s also an advantage to being small and quick (harder to hit, easier to collect rebounds).” Furthermore, “I used to play against a guy who was about 6 feet tall and 400 lbs, who was a great player because he could catch anything. Glue for hands. In most other sports, he’d struggle, but there was a role for him in dodgeball.”

The game itself is fun and exciting. When I played the game in middle school, it was really fun, and no one ever got hurt because we used soft balls instead of hard ones or the iconic rubber ball that you would see in Google images.

One great fact about the game is that everyone gets the chance to play, which can be proven in this article, “In pretty much every other sport, you spend most of your time without the ball, which can get a bit boring. In dodgeball, because there are six balls, you spend about half of the time with a ball and half without, so you have ample opportunity to get to learn both sides of the game.” The game is just fun for anyone and everyone.

Obviously, people can get hit in the head by accident, but that can happen in other games that if so would have a much worse impact than a soft dodgeball. The worst I’ve seen were headshots and broken glasses. I myself have been headshot with dodgeballs, but even so my glasses never broke like other people.

When interviewing iSchool Senior Chaika Duruaku, she said, “In general, dodgeball has a possibility to be played in schools, but some people can get too into it and get really competitive in dodgeball.”

Since the first ban in 1999, schools are banning the sport to the ground calling it “legalized bullying” and people use this sport to pick on people. The sport can become competitive, yes, and maybe people would get aggressive, but that doesn’t mean the entire sport deserves to get the short end of the stick. The type of games that you would see this kind of behavior in could be in a bad community. People should be educated in what is wrong with what they are doing instead of taking it out on the sport itself.

Another article states, “There is no hidden agenda. The game is self-evidently about beating your opponent into submission with all the violence that a Voit rubber ball can muster and that’s not much.” Just because a game involves violence doesn’t mean it’s all that bad.

Other games like football involve massive physical contact and have way more injuries than dodgeball, and football is not getting banned from school so why should dodgeball?

Dale Chu, an education consultant and a former principal of a K-6 school, says, “This idea that we have to be attuned to not only the academic needs of our kids but their physical and emotional needs is exactly right. So, yes on all of that, but then abolishing dodgeball, you’re just removing from the table a valuable tool that schools can use to engender those SEL values folks are so keen about.”

We should take it that there are much more dangerous sports that are played like football or soccer; for football there are “up to 1.5 million young men participate in football annually, and there are an estimated 1.2 million football-related injuries per year.”

Freshman Malachi Peters said, “I think the game has a really great chance in the future if people were to realize that it’s not that bad.”

I hope this article has changed your mind on this sport from calling it a violent war to just a fun game to play in schools or even just with your friends!