The customer is NOT always right 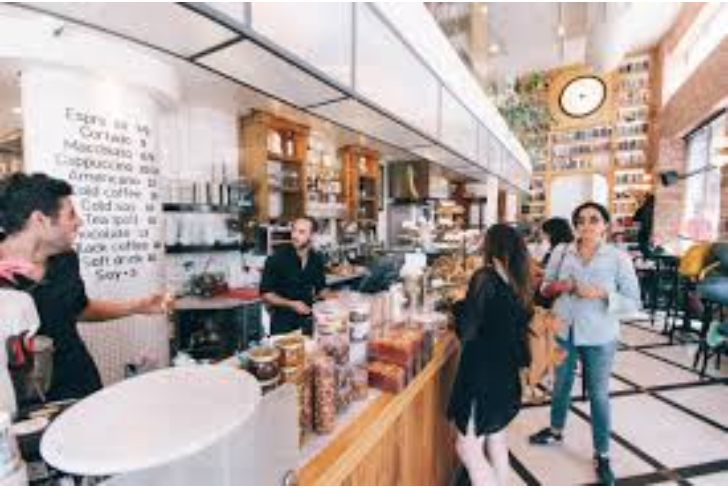 There are many phrases within the english language that don’t make any sense; as a result, people have stopped saying them as to not look dumb or receive criticism for their use of the phrase. Many phrases, such as the infamous “when life gives you lemons, make lemonade” have already received the chopping block, yet there still stands one that speaks fear into the hearts of restaurant owners: “The customer is always right.”

This phrase is truly frightening because the idea that society still accepts one to have no limits to their actions and not receive punishment for said actions in only one circumstance, the role of customer, is as dumb as teenagers avoiding candy from strangers but eating tide pods on the weekends.

Sophomore Lucas Gray agreed with this idea, believing that employees and restaurant owners should also have a say that does not overshadow that of the customer’s say: “Although the phrase carries some truth, I don’t believe customers should have all of the say in the way in which a restaurant should be run,” noted Lucas.

Lucas further added, “At the end of the day, it is the people of a restaurant to decide what they want to do with their business and if it doesn’t cater to customers, they have themselves to blame for it.”

What Lucas is saying is important to take note of because it underscores the role customers have. Their role is to critique the service provided by a restaurant, not demand how things should be done.

No one likes a random stranger to come up and degrade the status of owner of the restaurant, only to demand a change in the menu because the food is “too spicy,” or “doesn’t include enough nutrition for a healthy diet.”

To also avoid brain dead celebrities like Justin Bieber from peeing in the janitor’s bucket at McDonalds, and Ariana Grande from licking anymore donuts, it is of the utmost importance for the customer of a restaurant to have limits on what they can do or say in a restaurant.

As sophomore Gian Paul puts it, “I think people believe in the phrase that ‘the customer is always right’ because the customer is who is being served. What they want is what they should get, which is why waiters almost always follow the orders that the customer gives them.”

In other words, the customer deserves to receive the service they want because they are the one paying the restaurant.

However, customers fail to see that they are just one of many potential customers, and that serving everyone’s specific needs is just impossible. In spite of this, many customers would still yell at an employee’s face saying, “I’m respecting your hard work with money! I even give tips if you’re nice to me, you should be thankful!”

With all due respect, dear customer, tips are not an employee’s main source of income when it comes to salaries. While that 25¢ of change was a generous “tip,” it does not improve the low salary many employees receive from their boss.

Also, what tips? Recently in January 2018, Deseret News published an article showing what goes on in a restaurant. According to the study provided within the article, diners spend about $36.40 per customer within the United States.

In addition, the study also showed that Americans on average tip about 18.1% of the cost of their meal. Doing the math one would get $6.59 in tips per customer order, something that isn’t all that bad.

What’s important to note, however, is that these statistics are only present in legitimate restaurants, not the lemonade stand or fast food restaurants that broke college students work at for money.

Furthermore, the total amount of money earned in tips is dependent on how many customers even show up at a restaurant. This of course puts restaurants whose chefs don’t what “medium rare” means to end up losing money, and for employees having their salaries curtailed. Should employees now be grateful for the small amount of tips given in a restaurant?

Heck, even for the small portion of people who do work at legitimate restaurants, they still find a way to complain about their salaries.

According to Sylvia Allegretto, a labor economist from the University of California, Berkeley in the article “The fairest way to pay restaurant workers,” she stated that, “workers who make the bulk of their income in tips depend on getting good shifts to make ends meet. That means they avoid any actions that could upset management, including asking for owed money or complaining about customers who harass or bother them.” 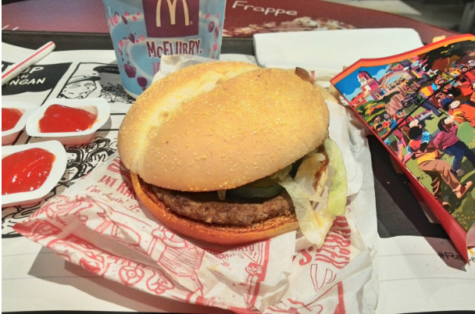 A burger from McDonalds.

This is certainly troublesome seeing that employees need to put on fake smiles all the time whenever some customer at McDonalds gets angry with their decision to put 2 slices of tomato on their burger, instead of 1 in order to maintain his or her job.

There is clearly a double standard present within the restaurant industry, as employees are not even allowed to defend themselves when they being lectured by customers as to why they are in the wrong.

To add further notice, there are some restaurant owners who play on the role of Mr. Krabs and keep all the tips to themselves, so what good is it to earn tips if some employees don‘t even end up with them?

People who work at fast food places are worse off, as they don’t even receive tips directly from the customer! Instead, they are treated with receipts put to their faces when an order was mixed with someone else’s, or are forced to interact with people who don’t have the decency to wait in line like everyone else.

“That definitely isn’t fair for employees working at any restaurant, considering that tips are often a way to raise someone’s salary, and the fact that they reward the hard work that many people put into their job,” noted sophomore Lucas Gray, agreeing with what Allegretto previously pointed out. 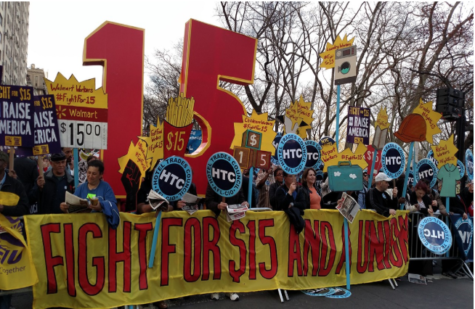 The “march for 15” protest that demanded for the minimum wage to change to $15.

To add even more emphasis on how the salary of workers are at risk, there are many people across the country still fighting for $15 an hour, so how do you expect the employees at fast food restaurant to pay for their college tuition with an hourly earnings of $9.15. McDonalds can’t put on a smile for that can they?

Talking Back Leads to Failure

What is important to note in this argument is that there are no limits present as to where the customer could potentially be in the wrong.

This implies of course, that it doesn’t matter how small a customer’s complaints may be because they should be resolved for the good of a restaurant.

This is not beneficial to a restaurant when considering that customers could potentially feel as if they have more of a right to what they want: “The customer may be too ignorant and sometimes ask too much for the reason that they have the feeling of having more power than the people who work in the restaurant,” stated sophomore Gian Paul, suggesting that the customer needs to have some limit on what they can demand. 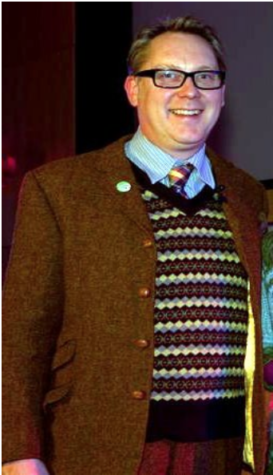 An infamous instance that perfectly portrays this idea is Gordon Ramsay’s confrontation with comedian Vic Reeves on one episode in Ramsay’s “Hell’s Kitchen” series.

In the episode, Reeves orders a fried egg claiming that none of the food on the menu looks good, and that the food was taking too long to arrive.

When Reeves’ order arrives to chef Ramsay, Ramsay replied with, “I’m not here sweating my f***ing balls off, to cook some d**khead a fried egg!”

Reeves then comes up to Gordon Ramsay to restate his order, to which Ramsay replies, “You think I’m here to cook you a f***ing fried egg? Are you that much of a p**b?”

This instance perfectly captures the ignorance that some customers can have when ordering food. This is especially common among celebrities who think their “status” puts them above others.

Although it seemed like Vic had all the reason to complain, Gordon Ramsay clearly understands the importance in putting people in their place. He understands that the customer cannot get everything that he or she desires, as a restaurant can’t meet the needs of everyone.

Sadly, this wonderful behavior comes across as rude for some reason, and in fact puts a restaurant’s performance at risk.

Senior Kenneth Guerrero agreed to this stating, “Even though some customers deserve disrespectful behavior from an employee or anyone working at a restaurant, it isn’t worth it because it puts the restaurant as a whole in a bad light.”

To avoid any negative attention, it is best to just ignore a customer’s rude attitude as Allegretto previously suggested. At the end of the day, it’s the customer who holds the power to leave a bad yelp review that discourages potential money, I mean customers that the restaurant cares so much about.

On a more serious note, both the customer and the employee of a restaurant should have certain rights, as well as certain limits to their rights. Both simply may not just yell at each other, or demand to get their way because the other was being rude.

Instead, both should compromise with one another in order for everyone to be satisfied.

A restaurant is like a home. More be it a home that demands money for food; nonetheless, a home where a customer should feel welcomed and show some manners.

At the same time, the employees and owner should equally show respect and gratitude for customers who, out of the many restaurants they could have possibly chosen from, decided to settle on their restaurant specifically.

What the heck who am I kiddin? We can’t have any of this decency can we?

I guess we should just wait until the argument is brought up to the supreme court for the judges to settle. Let’s just hope that people don’t protest Brett Kavanaugh for the outcome.