Lunchtime: The 45 minute rush for food! 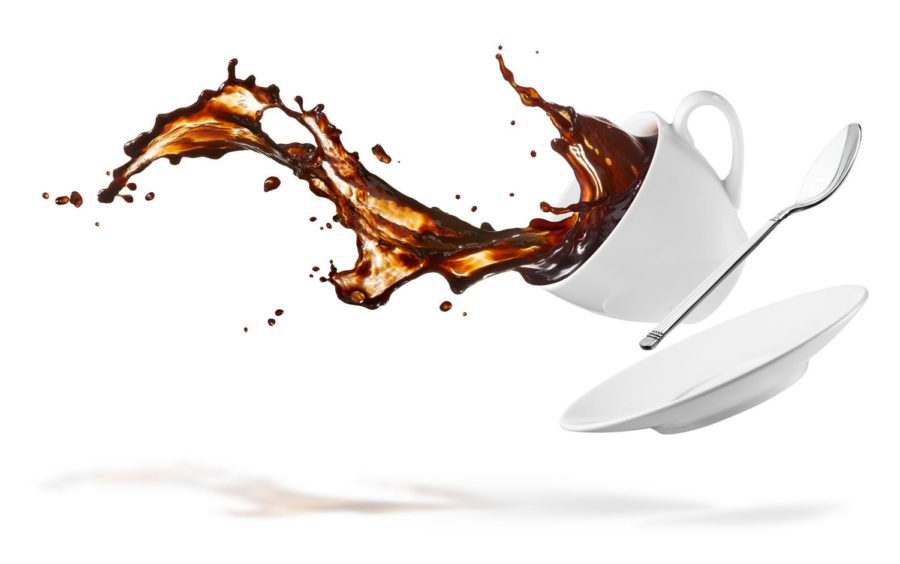 Lunchtime at any high school can be hectic, but the NYC iSchool in Manhattan has especially crazy lunch breaks. Stories abound about these city adventures, and often many things have happened by the time the students swipe back in to go back to class in the afternoon. These breaks can be talked about for days, as each minute is carefully dissected, and the students and staff recount their funny and strange experiences, no matter which restaurant they go to during lunch.

The city is a perfect breeding ground for unexpected and funny stories, and many adventures are based around some very popular establishments like Essen, McDonalds, Sunrise Mart, Trader Joe’s, Starbucks, Subway, Shake Shack, and many other places that students love and hate.

While iSchool students do have a variety of options for lunch, it sometimes it doesn’t go as smoothly as planned no matter whey they go to lunch. Sometimes, unexpected and often funny things happen in the 45 minutes allotted to the students to eat.

Gourmet Garage is a perpetual favorite because of its variety of food options, but the prices can be high. It’s a big store, so sometimes mix-ups happen during the lunchtime rush hour.

Places like McDonalds are cheap, but there’s never anyone around there, so when students are left alone, it can lead to spilled drinks and funny stories.

“We were messing around and someone knocked a soda to the floor, and it was kind of funny, so we started laughing and by accident we knocked over all the other sodas! And there were, like, five,” an anonymous iSchooler reported when asked about her McDonald’s mishap.

Retelling of these sorts of endeavors are repeated everywhere around the school, and many rumors are started based on the events that happen during lunchtime. But oftentimes these stories are embellished and made to seem more dramatic than they are. So what’s the truth? What really happens at lunchtime?

We sat down with a few iSchool students and staff who report that they’ve had funny lunchtime experiences that they are willing to share them with us. They range from spilling drinks to flirting to finding disgusting things in their food, and are guaranteed to make you laugh your socks off!

The first interviewee we sat down with, who has an especially funny story, was Ms. Coughlin, an English teacher at the NYC iSchool.

Another teacher also had an adventure at Essen; Mr. Whittaker was buying dumplings when he slipped and they went all over the floor!

“I looked so stupid. And they were expensive, too!” he said with a sigh.

Mr. Whittaker reported that he goes to Essen the most, because of the variety of options available.

Many other students and teachers that we surveyed also reported that Essen was their favorite restaurant for precisely that reason.

Of course, students also have mishaps and misadventures at lunchtime, not just teachers. We spoke to a girl who was just visiting a bagel store when she had a very frustrating experience.

But there was a slightly darker side to this story.

“Yeah, they shut down a few weeks later because of poor service,” she admitted.

So is this funny or sad? Maybe it was for the better. Will this bagel store be missed? Was it worth it for this story? Sometimes these experiences can go deeper than meets the eye.

We did ask her again and she claimed that no one really missed the bagel store. Maybe it had what was coming to it. With service like that, who could really expect it to stay open?

From Ms. Coughlin not looking both ways and being hit by a car, Mr. Whittaker slipping and dropping all his dumplings, a student having to get her bagel redone four times, and someone spilling soda, there are countless stories that could be told.

Some stories are funny like a spilled drink or a bad waiter or an annoying employee exec. And some are just facts, like how Chipotle is truly the birthplace of diarrhea.

Some people believe that nearby restaurants are scamming their customers with false names and information. An anonymous iSchooler said, “I want to sue 99 Cent Pizza because when you give your dollar for a slice, they don’t give your cent back. I would have so many pennies if they didn’t scam us. This is simply an outrage.”

They are complaining because the pizza restaurant is called .99 pizza when he pays a dollar every time, claiming that they are false advertising like a scam. The student wishes to file a lawsuit to get 3 dollars back. Good luck!

Some people are calling out business companies for being scams like this anonymous iSchooler did and others agreed with this statement.

Lunch is a fast-paced event that should get an extended time. People are rushing to grab the best food in the shortest amount of time. If you wish to go to hake Shack, it’s a 10 minute walk each way and waiting for food gives you almost no time to eat it.

At the .99 Cent Pizza restaurant, they charge a dollar for a slice of pizza which enrages some people believing they are being scammed a cent,

We recommend you bring or buy your own lunch before school so you don’t have to deal with restaurants in your 45 minute short lunch period.

Some places make your lunch badly and keep repeating the same issue over and over again until you get to the point of madness. If this happens, you can always just leave for school 20 minutes early and buy your lunch before you get to school so you can spend your precious 45 minutes eating the food you need to get through the rest of the school day, not stressing about the ridiculous lines at places such as Essen. Don’t make the mistake of running to your favorite restaurant with only five minutes to go. Even record speeds won’t get you there and back on time.

So lunchtime can be intense for students, teachers, and business owners alike. But it can also be a source for some amazing stories that add a much-needed dose of humor to the sometimes monotonous school day.

Reviewing all the interviews, no one seems to be severely hurt from their experiences but you can so make sure to be safe when getting and running and racing in your 45 minutes to get your quick and fast lunch watch both sides of the street and definitely don’t run in the snow or rain!

Finally, lunch is one of the most important meals of all, so if all you take away is this, make sure you eat your lunch and be able to obtain it because if not, you will struggle until the end of the school day good luck and goodbye!