Evidence to prove that Kung Fu Panda is real 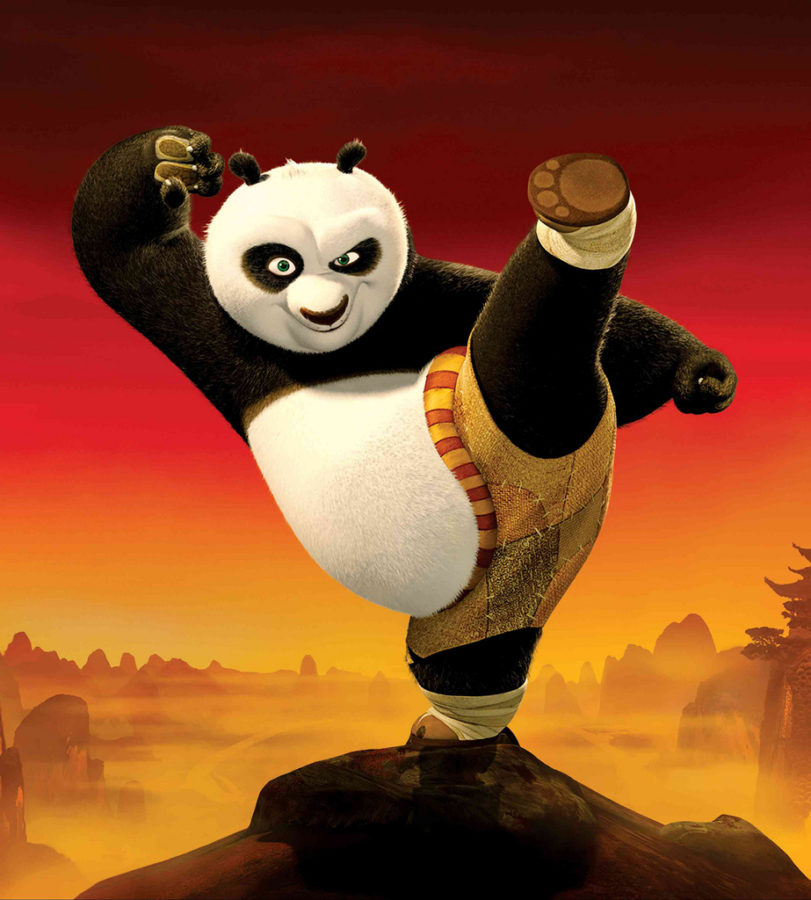 Picture this: You’re walking down the street in peace, minding your own business until you realize that there is a person rapidly approaching you. Eventually, the person comes up to you and asks to hand over all your money. You’re frightened, shocked, and mixed with an overload of emotions. When all of a sudden, from out of nowhere…Po, also known as Kung Fu Panda, swoops down and saves you.

Many people have shared this experience of seeing a figure that resembles Po and how he saved their lives. He only strikes when people are in times of need and disappears in a flash.

This raises the question: is Kung Fu Panda real?

Although this trilogy has been deemed fictional, many have suspicions that this movie series is actually based on a true story. After extensive research on this theory, we at the iNews Network have determined that Po from Kung Fu Panda is indeed a reality.

An iSchool sophomore, Maya Hing, feels very strongly about this and requested to share her opinions in this article. “If Kung Fu Panda wasn’t real, then why is there a movie about him?”

So how did this theory come about? It all started with the sighting of Oogway, the wise old turtle in the movies. He was spotted walking by himself in a grassland in China, which is the same place that Kung Fu Panda is set. Coincidence? I think not. Unfortunately, Oogway did not say a word to the people who took the picture after they asked him about his identity. This further proves the idea that Po is in hiding and does not want his location known.

Don’t believe me? The explain this other picture. 100% solid proof that Kung Fu Panda lives among us. It is said that seconds after this photo was taken, he vanished. After seeing this picture, you may ask, if he wanted to stay in hiding, why would he reveal himself? To be honest, I am not completely sure. But, the real question is why are you questioning such strong evidence?

Still don’t believe me? Even Jack Black, the person who voices Po, believes that Kung Fu Panda is real. Unfortunately, I was not able to find this quote, but you can trust me on this one. So, with photo evidence and a real quote from Jack Black, how could someone possibly deny this fact? Believe it or not, people still deny it. I decided to sit down with some of my friends to discuss this topic.

Soren Callahan, a sophomore at the iSchool, denies this well-supported theory by saying, “Kung Fu Panda isn’t real. He is a fictional character created by writers. The theory doesn’t make sense.”

Thomas Bajor, a fellow sophomore, disagrees with Soren’s statement. He said, “If Kung Fu Panda is a fictional character made by writers, then how do you explain all the evidence that has already been presented? The Jack Black quote? Pictures of Kung Fu Panda appearing at his movie premiere? How do you explain all that?” And after a strong statement from Thomas and a while of debate, Soren was convinced and joined the cause.

If you still don’t believe me for some odd reason, explain this. Pandas are real, and are mostly found in China, where Kung Fu Panda is set. Kung Fu is also a form of Chinese martial arts. Coincidence? If all these things are real, who is to say that there is no such thing as a panda living in China that knows Kung Fu that is friends with a tiger, a turtle, a mantis, a snake, a monkey, and a crane? This is completely possible.

With all these pieces of evidence stacking on top of each other, it begs the question: is DreamWorks hiding something? With such blatant and solid evidence, how was this theory not thought of earlier? The theory is that Po and DreamWorks are working together to keep his identity hidden by making so called “fictional” movies about a panda who can do Kung Fu. It is a win-win scenario for them. DreamWorks gets to profit off of this, and Po can hide away because his identity is portrayed as fictional. This smart, yet evil plan is the reason for the theory being unacknowledged for all these years. But finally, we are able to reveal the truth.

So, what can the iSchool do to help uncover the mysterious truth behind Kung Fu Panda? You, the reader, can sign up to join the petition here to have Dreamworks reveal the truth about our beloved Po from Kung Fu Panda for free. What is the reason not to?

All those that sign the petition will become a part of the Po People. The people in search for Po’s greatness. Along with that, you will have my infinite gratitude for spreading this petition. Jack Black and your peers around you at the iSchool are all Po People. What is stopping you from being one too?