The importance of fans in the NBA 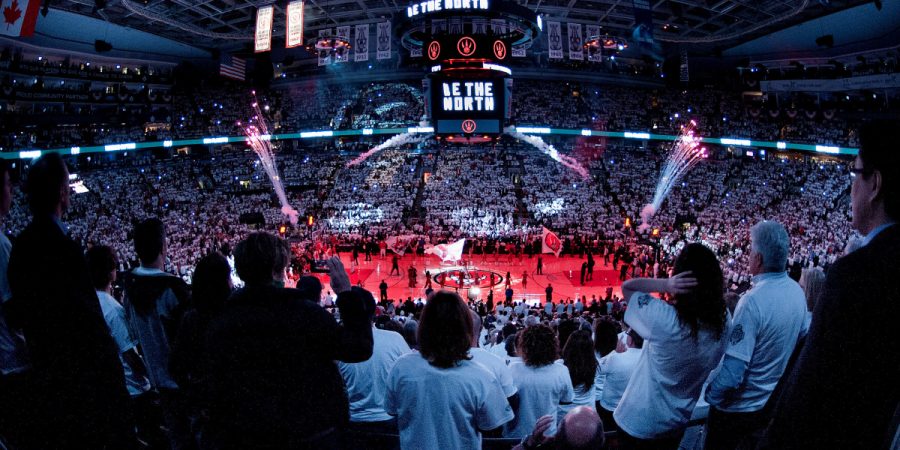 The most important people in sports aren’t the ones who hit the home runs, score the touchdowns or dribble the balls down the court.

It’s the fans. Fans are essential in order for sports leagues to be as entertaining as they can be. In the case of the NBA, the hole that the fans have left has never been more glaring.

It all began on March 11th of last year, two months after the CDC confirmed the first coronavirus case in the U.S, when coronavirus finally infiltrated the NBA, with Rudy Gobert, center for the Utah Jazz, testing positive for coronavirus disease and forcing the NBA to suspend its season.

“When fans are referred to as the lifeblood of the game, it is not a cliché. The noise, the buzz, the anticipation, the communal emotions, it isn’t just what makes sports better. It’s what makes it a spectacle,” said a FoxSports article.

The NBA was the first sports league to halt their regular season, and it took months of planning and preparation for it to get back to the court. When NBA basketball finally returned, the league only allowed 22 of it’s 30 teams in the bubble in Disney World and played a few scrimmage games in order to practice more before the playoffs. The season was completed without a hitch and no games were cancelled or postponed due to the coronavirus.

Through all this, however, there was one thing missing. The fans.

While in the “bubble,” the in- person attendance of fans was prohibited. Fans of the various teams had to appear through giant video screens surrounding the basketball court in order to support their team and give off some sense of normalcy.

One basketball fanatic is Edward German, a freshman and basketball player, who says that he misses going to see games in person whenever his favorite team, the Los Angeles Lakers, comes to town.

“It’s weird watching games and seeing no fans in the stands. The fans brought energy and enthusiasm to games and without them the games feel like they are missing something,” Edward said.

Edward goes to games every season and claims that sports are not sports if there are no fans in attendance to root for their favorite teams. “Whenever I went to an NBA game with my family it was such an exciting feeling being around a bunch of other fans and just enjoying the game. I don’t think sports can ever be the same until fans are able to return,” Edward added.

Another individual who misses the attendance of fans is Leila Williams, a concession stand worker at the Barclays Center, who recently lost her job due to the pandemic and the lack of fans. In a recent interview, she mentioned that fans contributed to a lot of things in the NBA that people do not know about. “Without fans thousands of people across the U.S. are jobless including myself,” Williams said.

She added that the current situation the world is in is one that she wishes would end sooner rather than later. “Right now, no one is winning in sports. Players and organizations are losing money, fans are stuck at home supporting their favorite players through screens and worst of all, people are losing their jobs.”

Not allowing fans to attend games is not only a bummer for those who can now only root for teams from home, but the lack of fans has also greatly impacted the NBA’s income. The NBA reportedly had a 10% loss in revenue, losing about $8.3 billion for the 2019-20 season according to ESPN. The lack in ticket revenue alone is expected to cost teams millions on average per game due to no fans allowed at the games.

A loss in revenue also means players will lose a percentage of their salaries for that season. According to ESPN, “The NBA and the National Basketball Players Association have agreed to a plan to withhold 25% of each player’s paycheck beginning May 15.”

To this day, NBA teams are still not allowing fans back in the stands except for a select few who are trying their best to create a safe environment where fans can watch. The Los Angeles Lakers and Houston Rockets are some of the most notable teams allowing fans. Some teams like the Boston Celtics are looking forward to introducing fans back into the arenas but with strict safety protocols and rules. Fans must take a “symptom and exposure survey’’, be seated more than six feet away from each other and wear their masks at all times, as stated by a spokesperson to the New York Post.

Brooklyn Nets sports broadcaster Ian Eagle stated that having no fans in the stands is something very different that everybody is going to have to get used to. “The job is still to inform and entertain. Just because you are not up close doesn’t mean you have a built-in excuse now to change the way you do your job. ,” said Eagle.

For certain teams and fans, the NBA’s new normal already seems strange. Hopefully one day sooner rather than later things will return to how they were pre-Covid where fans could cheer on their favorite teams and players in person and witness and enjoy the best of the best compete for a chance to win it all. Until then, sports enthusiasts will just have to settle for watching in games from the comfort of their own home.