Surviving the pandemic with TikTok 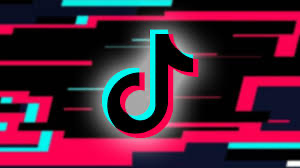 TikTok became the newest version of what we all remember as “Musically.” About 5 years ago, TikTok made its first debut and grew in popularity very quickly. It didn’t take long after the launch of TikTok for it to become the most used app worldwide. The growth throughout TikTok and its popularity has changed the world and will be an app that’ll never be left behind. There’s living proof of its impact.

However, just as many people may love the app, some people hate it. The app received its bad reviews since the app first became known. This still did not stop the growth nor determined as to where TikTok was heading or going afterwards. All throughout the reviews on the app itself, TikTok remained standing strong and tall, impacting over 90 million users.

Nonetheless, the app within itself grew immensely. Although many may fail to see the advantages that app has brought into this generation, light needs to be shed on all of the ways in which it has helped and continues helping today’s generation.

TikTok has provided and offered a safe and open platform for all its users. It’s experienced first hand by 800 million TikTok users. TikTok became an app of much more than it was intended to be. The app wasn’t meant to grow as much as it did. It was supposed to be an entertainment app. Somewhere around 30 minutes of someone’s day is spent throughout the use of TikTok. The app within itself grew immensely. It wasn’t long after its launch that TikTok hit.

People on this app have made a name for themselves. However, not only a name. But a life, a life changing, rightful decision.

“I was struggling in life, whether it was with drinking, eating disorders  and or even struggling with money and my living condition,” stated an anonymous source. “When I joined TikTok I didn’t expect it to impact my life this much, I’ve genuinely been changed, this was all thanks to TikTok and its community. TikTok allowed me to share my story; it gave me one try. I was given one opportunity to change my life and by taking it I’ve now lived out my dream life. If given the opportunity my source adds she’d “do it all over again because the struggle was worth it.”

The person continued to share their story and bravery towards their past, sharing that, “it’s a part of me that I want to remember.” TikTok helped in creating a story. The remarkable stages of their lives. “Although it sounds silly. TikTok made me who I am and I don’t ever want to change,” they added.

The app surpasses the bounds of traditional social media and provides us all with a space for creativity, community and laughter. It is the perfect space to let your metaphorical hair down and forget your strife. TikTok is much more than a distraction, it’s our chance to take a breather, to help in taking our minds off of our real world problems. It serves as a great distraction; a takeaway to ease the mind and get your mind off of issues you have to face later on in the day.

“TikTok has allowed me to feel more confident in who I am as a person, because I can visibly see that there are many others who have the same qualities and insecurities as me,” said student journalist Bukola Moyosore.  Moyosore shows us that TikTok is a place where she can build a healthier mindset.

Since its debut, TikTok has brought light on many issues and became a safe platform for people to express their feelings. TikTok has built careers, helped and inspired people to pursue their dreams. Such examples could include Addison Rae, a well known TikToker. Since Addison Rae’s first appearance on TikTok she has since then gained over 60 million followers. When she first began TikTok she was just a normal 19 year old dancing and having fun on an app. Just as everyone else surely she was shocked to have become a celebrity in the matter of weeks. Addison Rae didn’t intend to blow up but in doing so she granted herself a whole new life and beginning. So It isn’t just an app; it became a place to grow and make something out of your name.

Ethan McGinty, a young TikTok user, agrees. “TikTok is a very monumental application. It has impacted me in many ways, it’s something that many people can learn from and something truly inspirational to the younger generations.”

Salah, a source shares her experience. “My whole life I’ve struggled with anxiety! I’m not ashamed to say. My whole life I’ve hated that part of myself, that part that was weak and struggled. I didn’t think first hand I’d experience the best thing to have ever happened to me all through an app. When I joined TikTok I felt a feeling of reassurance as if I was being told that this was it. It’s my time! That’s exactly what happened! I chose to speak up. For the first time and since then I took my platform to all those that hate that part as well. I bring awareness to all types of personal struggles and show it’s okay. I love TikTok because there I found my people, my purpose. I wouldn’t change that for anything in the world.”

Overall, TikTok is the number one most used app on the app store for now with good reasoning. TikTok will forever have multiple opinions towards it. Those who truly use TikTok understand the leverage it has. They understand that this opportunity to grow isn’t found just anywhere. The lessons learned on TikTok will be carried on.

Samuel Goldwyn says, “Don’t let your opinion sway your judgment.” This app encourages and inspires people to continue trying, gives strength. That’s something you don’t find in just any app. Don’t take it for granted! Appreciate it!!