Money talks: How players in the NBA are paid more than WNBA players 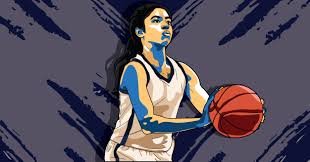 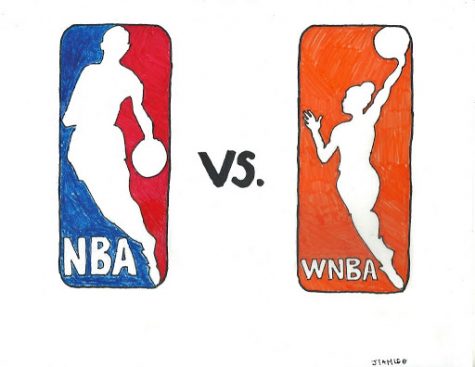 For about 55 years in sports, women have been fighting to be viewed at least half as competent and independent as men. But it seems through all those fights and struggles throughout the years, women are still struggling to be perceived just as equal. This is seen through the perfect example of the unequal acts and ways of treatment towards women in the game of basketball.

The WNBA was first created in 1996 by the National basketball association board of governors. They felt as if women deserved just as much right to play a game they love as men do. It was decided after women conquered their equal rights in 1972 that they should also be allowed to do such things as play sports.

However, while equality was being won over it still didn’t change people’s perspectives towards women and their ability to do things. If a woman works the same hours, performs the same tasks, and is required to meet the same goals as her male counterpart, she is entitled to equal pay.

An anonymous source adds, “The reality of the game is no matter how much effort you put into becoming the best female player no one will notice because they’re too busy looking at men and appreciating them much more. It’s frustrating.”

Approximately the average players salary in women’s basketball is $79,000. Although this may seem like a lot, the reality of it is this is nothing compared to how much men’s basketball makes. While male players make 7.7 million averagely. It’s for certain the inequality in pay is drastic.

Lillian Hernandez writes, “I’ve played basketball my whole life. I love the game itself. The passion I have for this game is unexplainable. However I cant help but notice things about the game. At times I even find myself thinking asking myself why? Why are women treated this way. I have the same passion as any male player. Why are the rules this way. I’m giving the game my all, I’m working just as hard. What’s the difference between me and and a male opponent.”

Men and women are all playing the same game here. Just as AZ central states, the highest paid NBA player in the making is Stephen Curry who makes approximately $43 million annually.

As for the WNBA, the highest paid female player of the year 2019-2020 is DeWanna Bonner who makes approximately $127.5 annually.
And as for rookies, Russel Westbrook makes an estimated $3,493,680 rookie year, while your average female player makes $68,000 in her rookie year. Women and men both work just as hard, sweat just the same and both are just as drained. It’s discriminatory to have men a little over 1% of the $6.4 million their typical male counterparts on NBA teams take home.

Julian Perez adds, “It isn’t about the unequal pay… Its so much more than that. Its the back story to it. The reason why! It bothers us women because we lack recognition of our hard work in the game.”

WNBA players are paid about 20% of league revenues in the past game seasons, while on the other hand NBA players were paid more than 50% of NBA league revenues. This means WNBA only generated $60 million in annual revenues. Whereas the NBA produces a tremendous $8.76 billion.

There were and still are many fighting alongside women and their rise to equal pay through sports. Such examples can be Kobe Bryant. In his short time on Earth, he fought alongside women for their social status in the game of basketball.

Sabrina Lonscu writes, “Kobe saw women’s basketball as a movement he wanted to be a part of.”

Just as ca.sports states, “A lot of the resources are for men’s basketball and there was not a lot of access for a lot of females. Kobe wanted to change that,” said Loyd. Kobe fought to change that. He impacted the game in many different areas. Many took after Kobe Bryant in his fight to continue shedding light on women’s game of basketball. He left an impact that WILL be the change for the WNBA.

Many WNBA fans want the players to get big raises.

The WNBA has struggled to be taken seriously. There is no doubt about that. Jessica Viti writes, “most female basketball players end up working almost all year round, without a break, because they decide to play international ball. Yet, they do not earn nearly the same as male basketball players, in regards to both salary and respect.”

There is no doubt that men’s athletics were given a head start in American society. But it doesn’t mean women can’t catch up. The solution is not definite. There still is no right answer as to what can be done to make it fair to both parties. The pay gap is a struggle athlete women are still encountering till this day and its time it’s spoken about. Women’s basketball deserves to be appreciated for working just as hard.