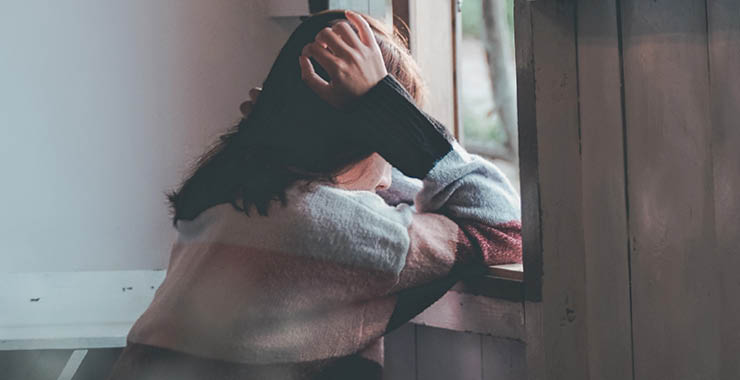 Ezequiel Teodoro Luna was 26 years old when he passed last week, and the GoFundMe page described him as “one of the most kind, loving and caring souls.” He lost his battle with depression, and it brings the issue of mental health to the front of mind.

“This happened really suddenly and my whole life changed overnight,” Yeramis said, adding that having to pay for her brother’s funeral expenses, for just her and her single mother, was really challenging for them. “We thought about taking out a loan and we really didn’t want to do that. I texted [Mr. Mulroy, her faculty advisor] and he has been super kind and understanding throughout the whole process. He suggested making a GoFundMe for us and I was kind of hesitant but I agreed,” she added.

“I was just happy to be able to do anything to help Yeramis and her family.  I was incredibly moved by the response to the GoFundMe, particularly from students at the iSchool,” said Mr. Mulroy. “We often talk about school community, but this was a moment when it really felt like it, students, teachers, families, all coming together to help.  It was just deeply moving,” he added.

While the response by the iSchool community to help Yeramis and her family was remarkable, Yeramis also recalled that the predicament as to whether to go public with the news weighed heavily on her.

“I didn’t want to go public with this because I’ve never had to grieve before and all the messages were really overwhelming. I also didn’t want people to pity me or think that I was trying to take advantage of the situation so I was really scared.”

The conflicting feelings experienced by Yeramis and her mother are felt all over the city, and even throughout the iSchool community.

“There are many instances, since the last 11 months, that students have lost someone, but it’s tough to talk about it on a Zoom when it’s not private,” said Lizzette Colón, one of the guidance counselors at the iSchool.

But the tragic situation with Yeramis and her mother also brings up a new point of view which is how many students are struggling nowadays, mostly a mix of lackluster social interaction, some struggling with toxic home life and others just not doing well coping with the state of the world. The world was thrown on its axis by COVID-19 and the consequences that arose from it.

“The feeling of isolation in the past 11 months has been huge. Regardless of whether a student comes from an affluent family or is in a situation where they’re living in temporary housing, a lot of young people in our school and probably many other schools are feeling isolated,” Ms. Colón added.

The mere loss of things previously taken for granted before the pandemic hit has also been felt a lot by young people.

“The loss of connection, even being in the hallways and having small chit-chat, is really taking a toll on people,” said Ms. Colón. The fear of getting COVID or passing it on to loved ones is a point that many students bring up to her when they reach out for help, she told me.

Throughout this time, however, schools have been constantly tweaking the remote learning experiment to try to make it better for students.

Ms. Colon said that the iSchool staff is working hard to be empathetic with students’ needs and make the experience best for everyone when planning its curriculum, and said that other schools should follow suit. “Schools should just keep in mind that students are at home nearly all the time, sometimes in small apartments, some not in functioning homes, and maybe just cut them some slack and not be so demanding in some of the workload expectations.”

Everyone has challenges and things that they struggle with everyday. Isolation, self-containment and tragically for some, loss, but the upsetting situation with Yeramis and her family did contain within itself a remarkable example of resilience within the iSchool community.

“I saw people I didn’t even know sharing the link and donating and it felt nice knowing I had so much support. I’m really thankful to have such a tight knit school,” Yeramis said.