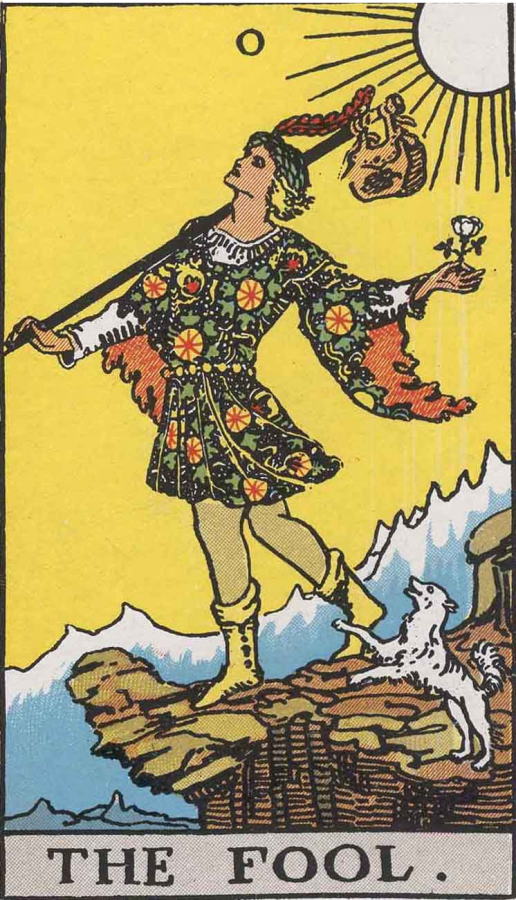 The History of Religious Traditions Connecting to Tarot

Although tarot cards and their imagery only began being used for divination in the late 1700s, tarot readers and mystics describe the practice as having much “wider roots” Aspects and ideas seen in this practice are influenced by pagan mythology, Christian symbolism and Hebrew mysticism.

Tarot is described as being rooted in the hermetic tradition, which the woman I spoke with describes as “a great river of knowledge” connecting to astrology, alchemy, natural magic and platonic philosophy. The practice of Tarot is thought of as a companion to these systems of knowledge.

The Hermetic tradition originally meant rooted in the teachings of Hermes Trismegistus and the Hermetica, which were the writings supposedly espoused by this figure. They were written in Greek and may go back as far as to the second or third century BCE. Hermes Trismegistus was a figure who evolved out of syncretism, being the mixing of beliefs across cultures. He is a combination of the Greek Hermes and the Egyptian god Thoth who was thought to be the inventor of writing. This syncretism came out of association of the Greek pantheon with corresponding native Egyptian gods and divine spirits. This was a result of the expansion of Alexander the great’s empire, as well as Greek trading colonies in the Nile Delta.

This type of hermeticism was a complex religio-philosophical system, the center of which being the belief and idea of divine wisdom only revealed to few. During the Renaissance, this concept morphed and existed with the idea of “prisca theologia”  meaning ancient theology. The idea behind this concept is that there is one true theology that God gave to the earliest special people, as well as the belief that parts of this ancient system of thought exists in a number of religions and ancient texts. This theology was then created through the studying and interpretation of what people during the renaissance thought were the oldest writings, by Orpheus, Plato and Hermes for example.

Over time this belief evolved and was changed when during the early 1500s, Agostino Steuco said that philosophical and religious traditions, even in different times and locations all were connected by the same metaphysical origin and truth. This is called perennial philosophy and merged hermeticism with Jewish and Christian and Greek ideas. The use of the term hermetism then meant more relating to divine alchemy or magic. It is described as  “characterized by a resistance to the dominance of either pure rationality or doctrinal faith.” The Hermetic view of divinity and god is that it is “both the all and the creator of the all” and that “all created things pre-exist in God”. This makes their perspective on god both transcendent and immanent.

Tarot also connects with and is greatly influenced by Kabbalah, being Jewish mysticism.

The center of Kabbalah is the Zohar, which are the books that interpret the oldest Jewish texts. They were written in Spain during the 13th century, at a time of major religious curiosity. They were Influenced by Maimonides and greek thought, which said you can not know what god does, just what he does not do. Therefore one should not assume his actions have a direct effect on you. However they were also influenced by Christian Europe, holding the opposite belief that what god does has a direct effect on you. These two separate ideas were merged in this work, which says that there are multiple aspects to god, and that one can not interact with the unknowable god, but they can interact using the 10 unique Sefirot. Serirot being the channels of life force. These foundational texts were written in Spain, however no one had much interest for two hundred and fifty years. However around 1560, Jewish people in Spain were unhappy as much of their religious practices focused on living in the past. As a response and result of this, Isaac Luria evolved Kabbalah. Instead of centering it around Sefirot, he said that religion and life were about collecting sparks and that the world was a perfect vessel, but then it was destroyed and it’s up to the people to put it back together. He created many little practices that he said help put the world back together and connect you with god. An example is holding up a cup to show god’s name. These new religious beliefs were incredibly popular, as they focused on the present and future in hope of salvation.

During the Renaissance, Christian Kabbalah evolved which connected Jesus Christ and aspects of his story to the Ten Sefirot. Around the 18th century Kabbalah was also blended with more European, non religious based occultism.

These practices and history were spread and passed down, each connecting to the mysticism, imagery, beliefs and practices that make up tarot reading.