“If Beale Street Could Talk:” Book vs movie? 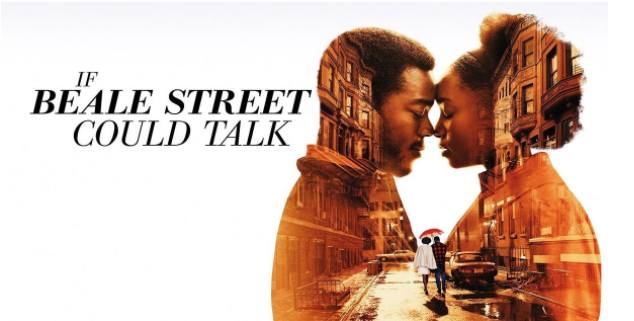 Turning a classic book into a film is a difficult task that invites comparisons, especially when the film was made over four decades later. Oftentimes, readers feel that the movie is inferior to the book, and the question is; is that the case with “If Beale Street Could Talk?”

In 1974, James Baldwin, an American novelist, poet and activist, published “If Beale Street Could Talk,” a novel surrounding the themes of familial and romantic love, hope and perseverance, racism, and faith.

The novel follows the narrator and protagonist, Tish, a pregnant black woman, and her boyfriend Fonny who has been falsely accused of rape by the institutionally racist justice system and unjust police officer Bell. As the couple awaits Fonny’s trial, they face issues surrounding race, but are showered with the support of their families, with the exception of Fonny’s religious mother, who is displeased with Tish’s premarital pregnancy. The book ends before Fonny’s trial arrives, leaving the reader wondering what is to come for him, Tish, his family, and their newborn child.

As someone who does not particularly enjoy reading, I found this novel to be somewhat enjoyable, which says a lot.

While the plot of the novel is certainly interesting and important, it was Baldwin’s captivating writing style that truly drew me in. His use of articulate, poetic language and intense descriptions brought the story to life.

By turning the novel into a movie and eliminating the poetic writing, there is a high risk of the movie being worse than the book.

In 2018, the novel was adapted and turned into a movie by director and writer Barry Jenkins. The movie contains a beautiful soundtrack, vivid camera work and more. It stars Kiki Layne and Stephan James as Tish and Fonny, and Regina King‘s performance as Tish’s mother Sharon won the Academy Award for best actress in a supporting role.

Regina King’s performance in the film really stood out to me. The other actors were certainly talented and overall pretty good, but there were times where their acting seemed very unnatural. However, King’s acting as Tish’s supportive, loving mother was moving and brought her character to life.

Specifically, in the scene where Sharon visits Victoria Rogers, the woman who accused Fonny of raping her, Sharon breaks down after upsetting Victoria. King’s acting in this scene was so powerful that the viewer could truly feel how defeated and helpless she felt after ruining her chance at getting Victoria to testify for Fonny.

The scene of Sharon visiting Victoria in the movie subtly varies from the scene in the book. Furthermore, in both the book and movie Sharon grabs Victoria’s crucifix necklace. The difference is that in the book, Victoria reacts by repeatedly screaming and crying “get out of here” rather than “get off of me,” which is what she said in the movie.

These two phrases, while only different by two words, are vastly different in meaning, especially coming from a victim of rape. In the movie, Victoria crying “get off of me” to Sharon who is touching her, is almost reminiscent of her rape. This makes Sharon more villainized, however the viewer can gather that she did not mean to do that, and was simply trying to help Fonny.

Honestly, I think I prefer the scene from the movie. This is because it just has more meaning and emotion, and it is more direct as to how Victoria felt when Sharon would not get off of her.

An additional difference in Frank’s storyline was the way he pushes his wife Ms. Hunt. In both the book and the movie, Frank pushes his wife down after she curses her future grandchild by saying it would shrivel up in the womb because it was the product of lust, since Tish and Fonny were unmarried.

In the book, his pushing her seemed like more of a common thing, meaning he may be abusive towards her, but in the movie it seems to be more of a big deal. In the book, he laughs after pushing her, but in the movie he runs out flustered. These two scenes illustrate very different images and backgrounds into the Hunts’ marriage. I believe that his laughter in the novel is more fitting for the scene and for his character, and it felt less weird than the movie.

Other elements that differentiate the book from the movie are subtle things. For example, when celebrating Tish’s pregnancy in the book, the family was drinking alcohol, including Tish, insinuating that it was acceptable for a pregnant woman to drink alcohol.

These little details highlight the time period the novel is set in, seeing as people were less aware about drinking during pregnancy. In the movie however, Sharon said “not too much for Tish” when pouring her alcohol, which is less fitting for the time period.

It was odd to me that the movie did not mention the ludicrous fact that Fonny was the only black man in the lineup, making him the only possible choice for Victoria who said she was raped by a black man.

The biggest difference between the novel and film is the ending. The novel leaves the reader unsure whether or not Fonny is convicted of rape, and this allows for the book to apply more universally to African Amercians who are unethically accused of crimes they did not commit.

The novel’s ambiguous ending also has a sense of mystery that fits Baldwin’s style very well, whereas the movie ends on a decisive note, jumping a few years into the future where Fonny had been convicted.

Ultimately, even as someone who typically dislikes reading, I unequivocally preferred the novel. Without Baldwin’s descriptive and poetic writing, the movie lacked the detail, beauty and mystery the novel contained.