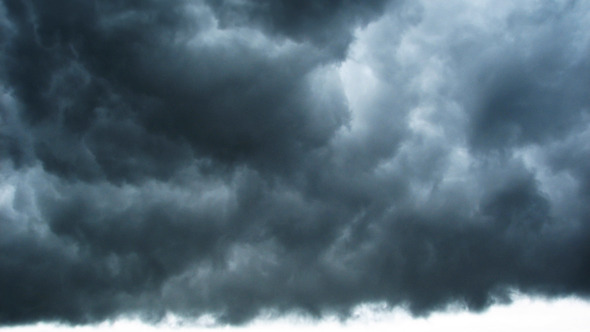 Rainy days always call for an intense session of contemplation. Remembering that day is only a memory that I look back on from time to time, but at the moment, it was a real nightmare. It was a product of my carelessness, that the whole thing happened. Maybe I just wasn’t fit to be a mother. She wasn’t exactly the happiest girl, my daughter. We fought at times but only over trivial things. When she was still with me, I never took her seriously, and I admit that it was my fault for doing so. I never realized it then, but I was way too consumed with my work, that I had neglected my parental duties. Looking back, I never prioritized her needs, so it didn’t come as surprise to see that she liked her dad better before he left. I don’t consider myself to be the funnest person to spend your time with.

That night we got into what I thought was a small argument, to me at least. It was pouring outside, and I wasn’t in the mood to do anything too energy-draining. Instead, I wanted to focus on my work because nothing else seemed to interest me at the moment.

“Honey, can you pass me that cup over there?”

With a drained look on her face, Wendy shuffled over to where I was sitting and handed me the cup. She appeared very dull, both inside and out, but this always seemed to happen on rainy days. Wendy hated rainy days. Her eye bags had become pronounced due to a malfunction having to do with our heater, and her fingernails had turned a bluish color.

“Why don’t you go lie down and watch some TV? I’ll cook something up for you in a minute.”

I watched as she put some socks on and cuddled up next to me. She wasn’t disturbing me so I just let her lie there. After a long ten minutes of hearing me type away on my laptop, she spoke up,

“Can we watch a movie together right now?”

“You always say later but you never end up doing it,” Wendy whined.

I hated it when she got like this. I was clearly doing something important, and then she suddenly had to ask for something. It’s like she did it on purpose. I knew that she was just an eleven-year-old kid, but she should learn that I’m not always gonna be ready to do everything for her. Skipping a movie on an ugly day isn’t something to overreact over, but I could tell she was gonna throw a fit the moment I saw that frown on her face. I watched her storm out of the room and slam the door after her. I had to admit that I was relieved to see that she had gone to her room to be angry with herself instead of arguing with me.

It was my mistake that day not to check up on her after that incident. At the time, I was just mad that she had tried to disrupt my work instead of being understanding about how she wanted to spend time with me. My daughter had wanted to bond with me several times and I, unknowingly, had refused to take part in connecting and understanding her.

Around two hours after she had locked herself up in her room, I went to the kitchen to prepare dinner for the two of us. Work was stressing me out and I needed to take a break for a while. What happened to Wendy? I remembered how she had gotten mad and went to her room, so I just continued cooking. It wasn’t exactly the best dinner, but I had tried at least. I made cauliflower soup but it turned out to be a little watery. I’m still a bit disappointed in my cooking skills. I called Wendy down for dinner but there was no response. I guess she’s still angry, I thought. I ate dinner alone, feeling quite out of it due to the weather and my daughter’s attitude. Just as I had expected, Wendy did not come down to have dinner with me, so I set her food

aside. She was probably in her bed sulking about earlier. I wanted to check on her, but my pride held me back so I decided to read a book until I got sleepy. Half asleep, I trudged upstairs with heavy eyes to see what Wendy was up to, secretly hoping she was asleep.

Since it was a long day, I went downstairs to bring her some crackers since she must’ve been dying of hunger. Standing in front of her room, I slowly pushed the door open a crack to peek in. There was nothing there. Cool air rushed through the humid room from the slightly open window. A streetlamp lit up the floor at the foot of her bed, giving me the feeling that nothing was wrong, and everything was right in its place. The only thing that was missing was Wendy. The room looked untouched as if there was no activity in it for a while now. I felt a sense of dread rush over me, but it died down just as easily as it had risen, realizing just how big the house was and how she was most likely just hiding as an act of rebellion. I really did not want to indulge in a game of hiding and seek but I had no option. I had to find that brat and put her to sleep.

I was getting tired of speaking to the wall.

I was fully awake now and pretty mad as well. Why was she so difficult? Why couldn’t she act like other kids and behave normally? I was frustrated and the only thing on my mind was finding Wendy and going to sleep. I went through every inch of her room but there was no sign of her. Maybe she was eating downstairs. I crept silently down the hall and made my way to the kitchen. Nothing. I was getting a little weirded out at this point. What could she be possibly doing? I started to recount that one time when she got fed up and just packed her backpack and “moved out”. She was eight at the time and I laughed about it later when she rounded the corner after ten minutes, with an embarrassed expression on her face. I started to think maybe that was what she was doing right now, but it was uncanny considering the heavy rain outside. Did she run over to a friend’s place? Thoughts and questions filled my head but nothing seemed to quite hit an answer as to where she could be. Nothing especially dangerous had ever happened, so my worry died down. Instead, I made myself some coffee and got ready to go to sleep. As I was brushing my teeth, I got a gut feeling that told me to check another time. This time I turned the house upside down, but still, no Wendy. While searching for her, the dread had slowly seeped into me, now engulfing me in it.

I cried out her name in despair, but it was a useless effort, seeing how I was only shouting in the darkness. I was probably overreacting so I took a seat and began to dial the mother of a close friend she had around the block.

“Hey, Lianne…is Wendy around there?”

“Sorry, but the only kid around here is my own.”

“No problem! Is there somethin’ goin’ on with Wendy?”

“No…just a little confused about something. Have a good night.”

She’s not at Lianne’s?

Where the hell is she?

I searched every crevice but came back to square one. I wanted to stop thinking about all the endless possibilities explaining the reason behind why Wendy wasn’t home, but the thoughts never stopped surrounding me. Maybe she really did take a walk around the corner and was about to turn the knob and step into the house. I used every method I knew to calm myself down but I was slowly going insane. I felt helpless. Like a forgotten photo in a gold heart locket that was stuck shut, with nowhere to go, meant only to feel an indescribable emptiness. I felt rather crazy. Was there something I could do that I would end up not regretting? Like a lunatic I searched incessantly for Wendy, calling out her name through the dirty streets. Lianne had heard me.

I was embarrassed to be seen by another individual at that hour and with the shaken appearance I carried that night. I should have felt nothing but panic, but there I was, still worried about what Lianne would think of me. Would she pity me?

I don’t seem to recall a whole lot after Lianne had dialed them. I was looking so haggard that I hadn’t even recognized myself in the mirror when I looked at my reflection through a tinted car window. I still don’t know what Lianne thought of me that night.

An investigation was conducted but there was no trace of her. I didn’t know what she had done between the time in which I discovered she was missing and the last time we had talked. The worst outcome resulted in a situation that I had overlooked. It wasn’t my fault. It really wasn’t. So then why do I feel as if I were responsible? Nothing had been left but the simple memory of her, and my longing for her has not seemed to subside over the years.

I might have gotten the situation entirely wrong. There could have been something else that I had done that triggered the outcome without me knowing. Maybe she was dying to be away from me the whole time. I still don’t comprehend all the reasons as to what happened and what led up to it. Maybe she never left, maybe it was someone else who came in and took her. I keep telling myself that it was never my fault. It definitely was not.

I picked up my now cold cup of coffee that sat on my nightstand and remembered that the coat she took that day happened to have the same color. It was an ugly, dirty thing that I had picked up at a secondhand store, with a missing button. For some reason, she liked odd-looking clothing, and I find it a funny memory as I look back. She might still be out there, wearing the same coat I picture in my mind, shivering because of the gap between the two buttons in the middle of her coat. I should have sewn it when I had the time.