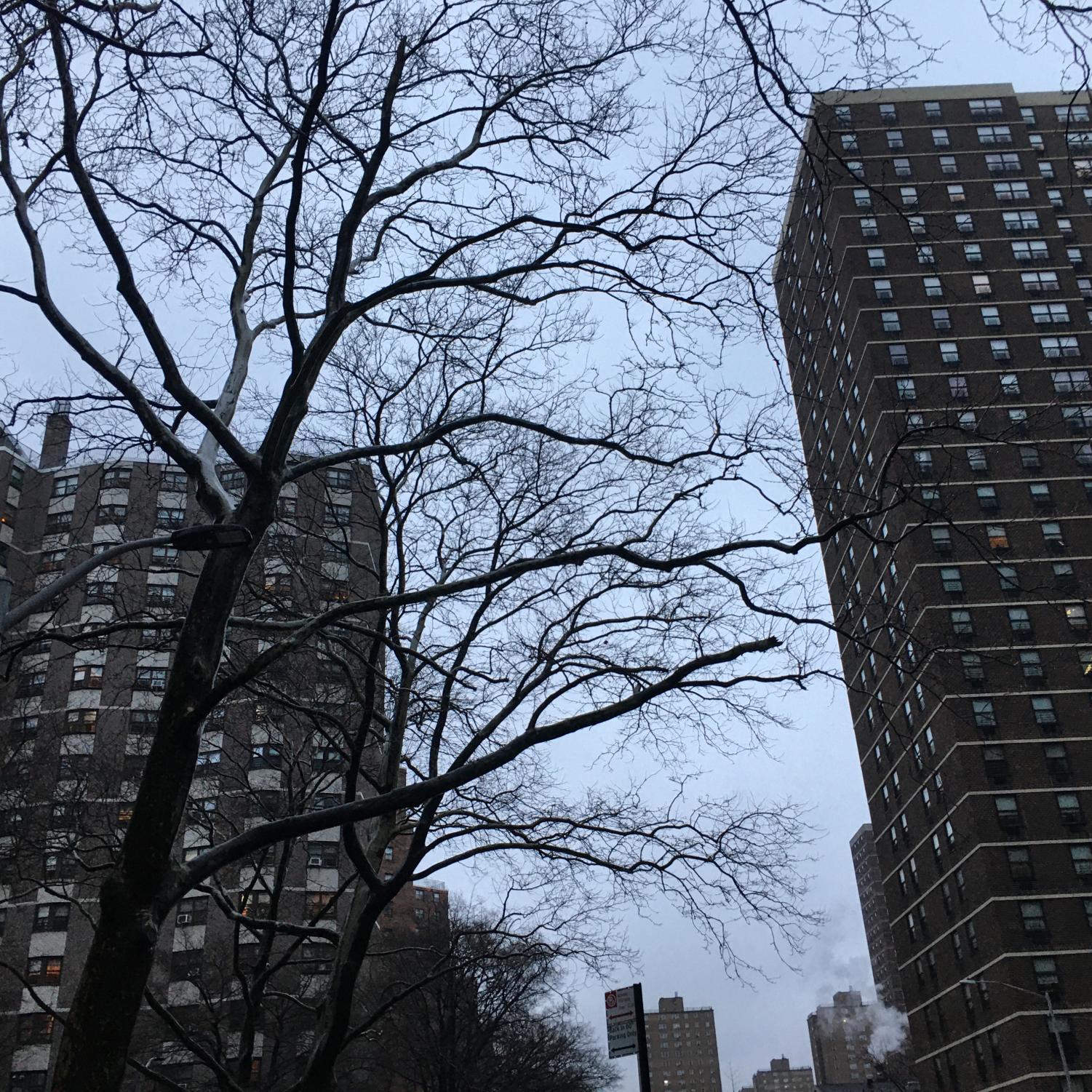 The effects of sexual abuse & assault

97% of woman face sexual abuse or assault  in their lifetime. 1-6 men have been sexually abused or assaulted. Victims of sexual abuse/assault are more likely proven to have mental health disorders than non-sexual abuse victims.

Some of the many common side effects of sexual abuse are flashbacks, dissociation,  depression, PTSD, and anxiety. These can lead to many issues in the future that includes eating disorders and substance abuse “issues,” says Psychology Today.

Many people often disregard how victims of sexual abuse and assault often struggle with mental illnesses. People who’ve fall victim to sexual violence often bury the assault and the incident deep into their minds and resort to substances to numb the feeling that often connects them to the assault.

The main feeling after an assault often is guilt and shame as well as a sense of dirtiness. Victims of sexual violence often feel a sense of failure and a since of hopelessness since the perpetrator is often time someone they knew.

Loyola University of Maryland Counseling center states: “The most common source of guilty feelings is the result of self-blame. The victims tells themselves such things as, “I should not have been out that late,” or “I should have

been dressed differently,” or “If I had been more careful about locking the door, this would not have happened.” Sexual assault victims may also feel guilty about what they had to in order to survive the assault, such as activities the victim felt he or she had to engage in an effort to save him- or herself from serious physical harm or even death. In some instances, guilty feelings result from the fact that others may have been seriously harmed more than the victim herself. This is referred to as survivor’s guilt.”

It isn’t always easy to know when a child is being abused since perpetrators often take steps to hide their actions. But for children who have been sexually abused, some signs can include (physical) STIs (sexually transmitted diseases), signs of unexplainable bleeding, bruising, or blood on the sheets, underwear, or other clothing.

According to Ryanne Morris, the director of communications at RAINN (RAINN’s an American non-profit  that specializes in anti-sexual assault organizations)

some warning signs to look out for in children who have been sexually abused include the following:

iSchool guidance counselor Ms. Colon, when talking about if she’s dealt with sexual assault cases with previous students, said, “ I have to tell you, it’s the least amount reported about, since it is the most difficult to talk about. When kids in elementary school usually don’t know that they’re being abused. And Elementary and Middle they usually come with hypotheticals. And for high schoolers they’re savvy, so they know not to disclose, and again there’s a lot of hypotheticals.”

For teenagers, it may be difficult to spot sexual abuse because of the way that warning signs intertwined in with everyday struggles. Morris says,  “Some of the warning signs that a teen has been sexually assaulted or abused can easily blend in with the everyday struggles teens face as they learn how to relate to their bodies, peers, and environments. If something doesn’t seem right, trust your instincts. It’s better to ask and be wrong than to let a teen struggle with the effects of sexual assault. Remind the teen that if they come to you, you will believe them—and that if something happened, it is not their fault.

If you notice the following warning signs in a teen, it’s worth reaching out to them:

For college-age students, it can be difficult to open up since they’re away from home and there have been numerous reports of rapes on college campus especially over the past year. According to the NBC News article  “Rape at Ohio State University:  Numbers climb year after year,” “In 2020, there were 134 rapes reported to either campus police or a Campus Security Authority (CSA), according to OSU’s federally required annual security report. In 2019, 118 people reported they had been raped, up from 93 in 2018. And in 2017 the number of people reporting rape was 72. The total number of people reporting rape in those four years — 2017 to 2020 — was 417. Cases related to former Ohio State physician Dr. Richard Strauss, which was the subject of litigation, are excluded.”

“Statewide, 4,031 incidents of sexual violence and stalking or harassment were reported among just under 1.2 million students enrolled at New York colleges in 2019. This marks a slight increase from 2018 when 3,869 such incidents were reported among 1,215,495 students.” This fear and number grows every year, leaving most victims and survivors to stay quiet after an assault.

RAINN reports that sexual violence on campus is pervasive:

Morris says that these are the symptoms of sexual abuse in college-age students:

For a lot of male victims, the stigma that comes with being a sexual abuse victims is staggering. Males often less report sexual abuse because of it. A lot of the times when male victims get aroused during an assault, perpetrators say “you liked it.” And the victim feels a lot of guilt and shame because of it. As a result of unreported male assaults, there are myths that surround it.

1in6.org says, “Everyone absorbs the myth that males aren’t victims, to some extent. It’s central to masculine gender socialization, and boys pick up on it very early in life. This myth implies that a boy or man who has been sexually used or abused will never be a “real man.” Our society expects males to be able to protect themselves. Successful men are depicted as never being vulnerable, either physically or emotionally. (See How It Can Be Different for Men and How Being Male Can Make It Hard to Heal.)”

These harmful myths and stereotypes cause a lot of harm to male victims and survivors, which is why it’s massively unreported.

How does Society Treat Sexual Abuse?

The way that society treats sexual abuse is oftentimes just as damaging to some victims others can have a completely different experience where they are supported by the media depending on who the person is and how the person is perceived by the media. (Example: Amber Heard.) A lot of sexual abuse victims have came out about their experiences in Hollywood with the #MeToo movement, and there was a lot of stigma from the media that surrounded it, as well as people who told these victim(s) that their stories were false and that they were doing it for attention.

Rape culture doesn’t make it any better. We see rape culture in our every day society. “Rape culture is so normalized in the media and pop culture,” says The University of Marshall. Rape culture can be considered Misogynistic (Misogynistic language, objectification of women’s bodies, the glamorization of sexual abuse/violence, etc.).

Former President Donald Trump didn’t help the MeToo movement either but rather tarnished it even more with the mockery jokes about the movement. When at a rally in Pennsylvania, he said,  “I would use an expression — you know there’s an expression, but under the rules of #MeToo, I’m not allowed to use that expression anymore,” he said. “I can’t do it. It’s the person who got away.”  This has not been the first time that the Former President has spoken on the MeToo Movement in a rally earlier that year.

Sexual violence in the television media is extremely harmful considering that often times sexual abuse is shown to further the plot of a storyline. One Day article reports:

“Glamorizing sexual violence in the media has resulted in normalizing it for young viewers. Experiencing sexual assault can even be a defining aspect of a victim in television, making cold, “bitchy” characters appear more human because of their assault. Characters that are sexual abusers are often rewarded by getting the girl and overcoming their challenges in television and film. This depicts sexual violence as acceptable and attractive behavior on and off screen. Research indicates that constantly watching abusers in the media instills the idea that sexual assault is normal.”

This behavior is so normalized in television and media that platforms like Netflix, HBO Max, & Hulu stream shows like “Gossip Girl,” “Game of Thrones”, “The Vampire Diaries” & “General Hospital” (This is not a complete list of all the shows that handle sexual abuse in the wrong manner just the more mainstream ones.)

Sexual Abuse in Other Countries

The amount of sexual abuse that happens in Africa is beyond staggering,

When talking to Busola Rafiat Ojo-Oba from NMNW about the violence in South African Countries, she said,  “Someone feels that they are entitled to your body and uses violence to assert that .”

She also spoke about the dangers of catcalling – women who ignore men on the street may face danger of being severely abused or in some extreme cases even murdered.

She also mentioned that the President of Nigeria made a misogynistic comment on how the first lady (his wife)  belonged to his kitchen. He said, “I don’t know which party my wife belongs to. But she belongs to my kitchen and my living room and the other room.”  He made this comment when his wife said that she wouldn’t stand alongside him unless he reforms his leadership.

An article fromThe New Humanitarian talks about the abuse and the amount of reported rapes in South Africa: “In its latest crime figures, the South African Police Services (SAPS) maintains the rate of sexual offences was sharply down in Gauteng, the province under which Johannesburg falls. But ISS points out that if updated population statistics from 2012 are taken into account, the national rate was actually up by 1.5 percent. That means that last year, 127 people per 100,000 of the population were sexually assaulted.” This statistic alone proves how we need to end sexual abuse, and how we as people have to do better.

When talking to Busola she says, “How many times do we have to fight in this life, just have basic decency” in reaction to the violence and sexual abuse all around the world.

How Can We Do Better?

The telephone number is 800-656-Hope (4673). When calling you will be re-routed to a local RAINN affiliated organization based on the first 6 digits of your phone number. (Also note that cell phone callers have the option to enter their current zip code location to get a more accurately located to the nearest sexual assault service provider.)

For the online chat option, RAINN will not ask for information to identify you but rather make sure you are in a safe space to chat. To learn more you can find out at:

For more male sexual abused victims https://1in6.org/ is an organization who’s mission is to men who have had unwanted or abusive sexual experiences live healthier, happier lives. They also offer free online 24/7 services. Where you can chat 1 on 1 with a trained advocate to help. They also have free weekly online support groups, for men who have experienced sexual abuse or assault. And other links and resources you can find at https://1in6.org/.

The primary goals and objections that No Means No provides.

Safe Horizon:  Safe Horizon who was, formerly the Victim Services Agency, is the largest victim services nonprofit organization in the United States, providing social services for victims of abuse and violent crime in 57 locations throughout the five boroughs of New York City.