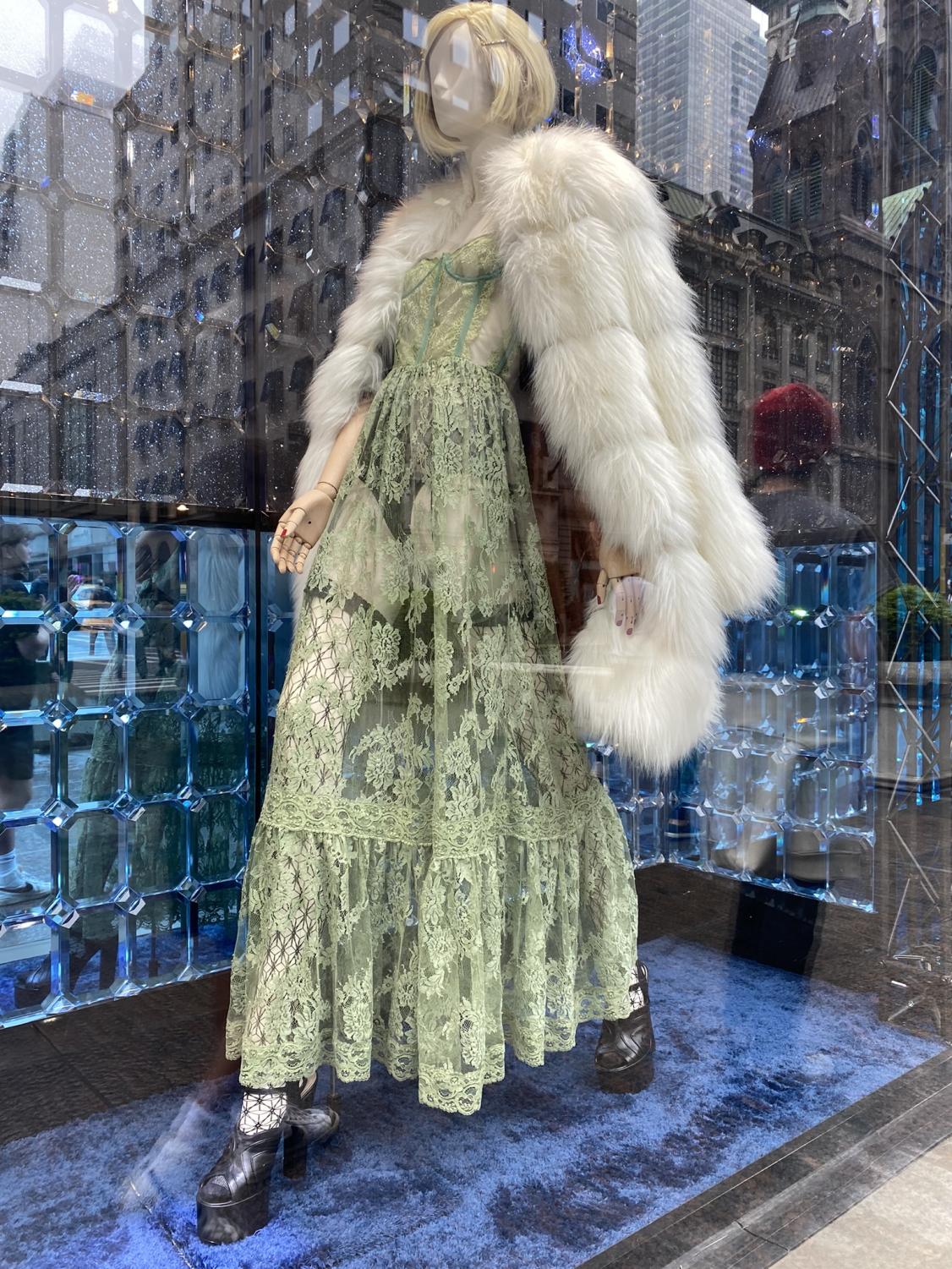 It’s something we do every day. We use it to express ourselves and how we want to be presented to the world. It’s our own form of everyday art. You guessed it – it’s fashion!

The dictionary definition of art is “the expression or application of human creative skill and imagination, typically in a visual form such as painting or sculpture, producing works to be appreciated primarily for their beauty or emotional power.”

Which in simpler terms means an expression of human emotion or imagination in a physical form for people to appreciate its beauty and all it stands for.

Luke Tadashi, a designer/co-founder of Bristol Studios– a basketball lifestyle brand, describes art as, “one of those innately human things that whether we are aware of it or not, we all do. And that, um, in the same way that maybe dogs bark and whales jump out of the water, I think we create art. I think it’s something we have to do to make sense of the world and our place in it. And I think that, uh, oftentimes art is storytelling, for me. I think that every, every piece of art that resonates with me is communicating something, whether that’s an idea, a story, a belief, um, something along those lines.”

To me, art is just an expression of emotion or imagination. Any form of action, or physical object, or sound that has an emotional background or was created by someone’s imagination is art.

The dictionary defines fashion as, “a popular trend, especially in styles of dress and ornament or manners of behavior.”

I think fashion is more than that.

Alyssa Hollander, who works at the Met Gala, described fashion as, “Fashion is where the nexus of artistic skill and expression meet with commerce. Fashion is not only a statement of pure creativity, it chronicles history, as clothing reflects the times in which they were created.”

Fashion being art is a huge controversy in the fashion world.

Designers like Marc Jacobs, Rei Kawakubo, and Karl Lagerfeld are known for publicly disagreeing with fashion being art.

In a Vogue Runway article entitled “Karl Lagerfeld: A Line of Beauty’ Will Be The Metropolitan Museum of Art’s Spring 2023 Costume Institute Exhibition,” Leitch says, “Karl Lagerfeld was a regular attendee at The Metropolitan Museum of Art Costume Institute, from the Seventh on Sale benefit in 1991 to ‘Alexander McQueen: Savage Beauty in 2011—and of course for the Chanel exhibition in 2005. And yet, says the Costume Institute’s Wendy Yu Curator in Charge, Andrew Bolton: ‘Karl never tired of telling me that fashion did not belong in a museum. When we worked on the Chanel show together, he was incredibly generous in what he lent, but he was completely disinterested in the exhibition itself! He would say, ‘Fashion is not art—fashion belongs on the street, on women’s bodies, on men’s bodies.’”

What Lagerfeld says about fashion is true. But just because it belongs to the streets and to bodies that doesn’t mean it isn’t art. Can’t it have those characteristics and be art?

Fiona Lennon, a fashion journalist at Marie Claire, said that, “I think the whole creative process is part of art. I don’t know if it is exactly art as we sort of define it in a way, you would with painting or sculpture or more permanent traditional types of art. But I think fashion itself has a huge place in society and a huge place in our sort of imagination.”

As Lennon says, fashion is a huge part of our imagination, which under the dictionary definition classifies it as art.

In the Los Angeles Times article, Marc Jacobs says, “Fashion is not art”, Jacobs says, “‘Fashion to me is not art because it is only valid if it is lived in and worn. I make clothes and bags and shoes for people to use, not to put up on a wall and look at. I think clothes in a museum are complete death. I have seen exhibitions of the clothes of Jackie Kennedy and I am not interested in her wardrobe. I am interested in the life and the women who wore those clothes.’”

I think fashion in museums is something that should be displayed without question. It educates and introduces people to the past, present, and future of fashion.

When I was a kid, my dad took me to a fashion exhibit at the MET– Metropolitan Museum of Art. It was the wildest thing for a seven-year-old. It was at that moment that I fell in love with fashion. After that I made my parents buy me fashion books, and I became obsessed with what I was wearing. I even convinced them to buy me a mannequin and some different fabrics.

These exhibits are not only beautiful but also influential.

When asked about Marc Jacobs’s views, Luke said, “I disagree with the great Mark Jacobs in the sense that I don’t think that art can only exist in a museum. Um, I think he’s saying a lot there. I wonder what he’s saying. I think he’s saying something about fashion’s intended purpose in that fashion exists to be worn and lived in, which I would agree with. Um, but I don’t think that those two things are mutually exclusive. I don’t think something can’t be worn and lived in and also on display for people to appreciate in a museum.”

Both of them have incredible points that I agree with. Fashion tells a story, and people’s stories should be told. Fashion is art. It shouldn’t even be a question.

“The difference between fashion and art is that fashion is art in movement, ” said Caroline Herrera in an interview with Renée Zellweger.