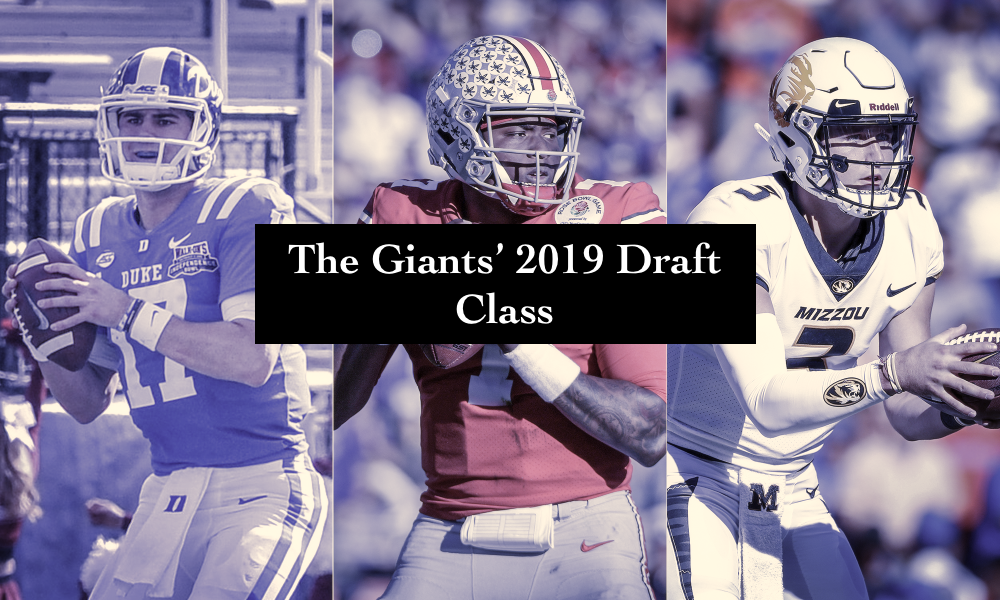 This year another draft has passed, and once again the Giants have made some good decisions and some confusing decisions during this year’s draft. As always, many fans have been confused about their decisions while some think they made the right decisions.

They drafted a quarterback that no one expected to go so high in the draft.

The Giants drafted at No. 6, Daniel Jones. Jones is a similar QB (quarterback) to Eli Manning, but isn’t ready to start in an NFL offense. What is frustrating about this pick is that there were many quarterbacks who would’ve been better. For instance, Dwayne Haskins would’ve been a pick fans could get behind. Jones probably would’ve still been available at No. 16, which means this pick seems like a waste.

Evan Haddican, a sophomore at the iSchool, shared his opinion on when the Giants drafted Daniel Jones. “I couldn’t believe that they would pass up so much talent.”

On the other hand, many QBs in the 2019 draft class didn’t fit the scheme the Giants want to run this year. The Giants aren’t expecting to go the playoffs with so many young players, so it seems probable that they saw Daniel Jones as the next Manning and wanted to shape him over time into that. This pick could end up being great, but unfortunately we won’t find out for a couple of years.

They also drafted many defensive players, such as Dexter Lawrence.

Lawrence is a fast, strong PR (pass rusher) who can use both attributes to dominate OTs (offensive tackles), coming off the edge. This was a good decision because during the 2017/2018 season the Giants traded away many members of their defensive line. Hopefully, Lawrence will be read to start and begin setting the Giants’ edge.

Lawrence will probably be able to shut down most HBs (halfbacks) and if the Giants succeed in grooming him he could become one of the best rushers. This pick is important because the Giants were at times killed by the run and as a result their defense became tired and gave up points. This pick means that teams will have more trouble running and will revert to passing to move the ball down the field. Since defending the pass takes less energy than defending the run, this pick is great.

Lawrence isn’t the only pass rusher the Giants drafted.

Ximines is an OLB (outside linebacker) whose main goal would be to rush the passer. He would be used situationally but will fit well into the Giants heavy blitzing packages.

Connelly, a LB (linebacker), was scouted carefully by the Giants and seems to fit almost perfectly into their scheme. He is fast and will be able to help with the run. He also is a superb pass rusher. He fits perfectly and will be attempting to beat Alec Ogletree, a veteran MLB (Middle Linebacker) who’s considered pretty good, for the primary MLB position.

Tobias Kizer, a sophomore said, “I think it’s great that the Giants drafted Ryan Connelly. I think the competition he provides for Ogletree will make both work harder and will improve the team.”

This pick seems to fit into the Giants team and scheme the best out of all the rest. What also makes this pick good is that there aren’t many talented MLBs in the league so to score one late in the draft is an accomplishment. This is a pick that will immediately start producing for the defense.

The Giants used three draft picks on CBs (cornerbacks), Deandre Baker, Julian Love, Corey Ballentine. This is once again a great decision because before the Giants had no good cornerbacks. This won’t directly correlate to the Giants gaining three starting cornerbacks but it will mean that they get at least one. The Giants traded up to get Deandre Baker in the first round so he will most likely get the starting job. However, since the others were taken later in the draft they aren’t guaranteed to start or make the roster.

The Giants also drafted a WR (wide receiver). They drafted Darius Slayton late in the draft, which means it isn’t likely he’ll start. In fact, besides his Combine results Slayton wasn’t used as a primary cog in his college offense. This means he could be really good and there isn’t enough tape on him, or he will turn out to be incapable of keeping up with an NFL offense. While he’s fast, athletic, and could be good on special teams this pick seems to be a waste because the Giants already have mediocre receivers, they don’t need another one.

The last two picks that the Giants made were George Asafo-Adjei, an OT, and Chris Slayton, a DL (defensive lineman).

Chris Slayton is an unknown when it comes to how he will fit into the Giants scheme, but it can be predicted that they may use him to rush the passer and will teach him over time to stop the run. This isn’t a bad pick, but in the seventh round no one can expect the Giants to get a stud.

The Giants took a lot of defensive players during this draft which could be seen as a good thing or a bad thing. It could be good because it filled up many holes that they had but it also means that their entire defense will be young.

Sophomore Lyden Lapensee a sophomore said, “I like that the Giants drafted so many defensive players. I feel like they have a good amount of threats on offense in Saquon Barkley and Sterling Shepard so I think it was a good decision.”

The Giants had a pretty good draft class. They made some confusing decisions by taking Daniel Jones early in the draft and Darius Slayton. Besides these picks though the Giants made good decisions and came away with more than any bargained they would.