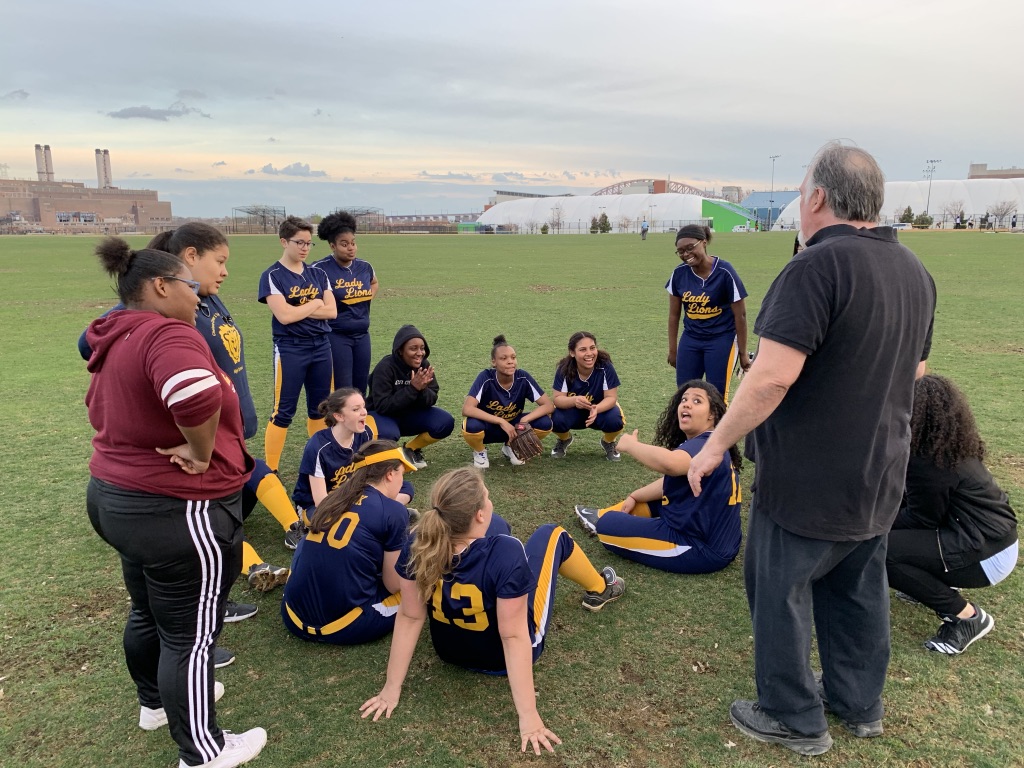 The Respect of The Lady Lions

Women in all sports are being recognized more and more but something is missing. They pay for winning the championships, etc is most certainly not equal. Even if they women are destroying in their league unlike the men. All the men’s soccer team worldwide get paid for playing more than 20 games but the women don’t.

This isn’t only in money but also in the treatment too, training, to travel, to promotion. They also play on worst condition fields where that causes more injuries.

Knowing that this happens in major league sports to professional players not just high school public school sports teams is terrible. This shouldn’t be happening to high school, college or in the major leagues to women athletes.

Get To Know The Sport

The name softball was given to the game in 1926, because the ball used to be soft. However, that has changed and now the balls are harder. Along with every other sport, men originally played softball.

Once women were beginning to be accepted in the sports area, they were not accepted in playing baseball because of the stigma that women were not tough enough to play with a harder and faster throwing balls with longer bases.

Many people thought of softball as an easier sport because the ball was originally softer than baseball, so women were expected to play softball. Even though it was known as a simpler, effortless, painless and unchallenging game compared to baseball, it’s the complete opposite.

But in all this women were known as to play softball and not baseball because it is the “simple, effortless, plainless and unchallenging” sport then where did the word lady come from.

“At our school, we decide what each team needs and allocate the necessary money to that team, regardless if it is a boys or girls team,” said coach Carlson.

The term lady has stuck ever since the women’s teams have. In the south the usage of lady is located mainly in the south. Knoxville The University in Tennessee takes away the prefix lady from every womens sports team. For a long time many people have wanted to change it but only recently they have. This is a big step forward to more colleges take away the prefix lady.

Where Has All The Spirit Gone?

Our school tries to have somewhat of school spirit but doesn’t fully succeed at it. Many try and some come out and support events, clubs, and very few sports.

The iSchool has always been big on trying to have school spirit. For not having tons of kids in a grade and the building size, the school has done somewhat of a good job but we could do more.

Isabel Bailey a player on the Lady Panthers for the past two years, said, “our whole team tried to bring as many friends as possible, it’s always fun to have them support us it makes [us] wanna work harder for the school.”

But to help get even more spirit then why not tell everyone about the school games and practices? Emails are sent out in the beginning of the year that ask students to join the teams, but other than that there are no more emails.

“We do not support the sport teams enough, there needs to be more hype of going to games and supporting the team,” said senior Sofia Wilson, a member of iCare for 3 years.

Softball isn’t that popular of a sport compared to basketball because of March Madness, but having people come to softball games could be a fun way to bring the community together and show support for the team so we can feel more appreciated.

Annie Morrison, a player for the Bard Manhattan softball team, said that they barely have any players on their team, and the school doesn’t send any emails or announcements for them, but they do for the baseball and basketball teams. “We have to completely do our own posters and tell everyone about our team hoping they would join.”

“I loved it when we convinced a very few people to come to our games did  show up. They all were into it and cheering with us,” said Ruby Germack, a freshman on the softball team.

We are mostly more successful than the other teams, the softball record is 6-4 and the baseball team is 5-9. So it would also be nice to be noticed when we win games instead of having to tell people we had a game and won and yet they didn’t even know we had a game.

Why not tell kids about games so they can go and show school spirit but also support their friends, peers, classmates? All the teams we play against have over 20 people from their school to support them while we just have maybe 2 each games. Our team is comprised of two schools, iSchool and Chelsea,so you would think more people would show up.

The team we played against had to many people show up constantly to the games, one boy said he comes to the games “to support my friends.” another boy answered with “softball at our school is the most exciting since the girls constantly win and it’s fun when a lot of us come out.”

Yeramis Subera 9th grader attend one of the iSchool softball games and said, “I learned a lot about the sport I never knew before and it wasn’t even that far from  the school pretty easy to get to so I would wanna come more often.” Giovanna Oliveria also a 9th grader added “It was pretty cool to see some of my friends play and destroy the other team.”

Almost all of the teams we’ve played against also had the prefix lady in front of it but does the players, coaches and school all stand behind it?

Many coaches I’ve interviewed never thought about taking away the word lady until I brought it up to them. And now they are rethinking and wondering why lady was ever there in the first place. One coach even said he was gonna talk to their athletic director about changing it because he now knows it can make girls teams feel left out and unworthy.

Where Is Our Funding?

Why is school sports teams underfunded? And Why is the girl’s teams even less underfunded then the boys teams.

As for payments women are just paid less in sports for the exact title or tournament the men play, but recently tennis just passed the rule of women and men must get paid equally for large tournaments they are playing in. This has happened in the US tournaments, Australian tournaments, France tournaments. So you would think this would happen in every other sport right? Well unfortunately not.

As for all the inspiring and hard working professional women being underrated and underpaid, what about the high school sports teams?

Funding for public high school teams are not enough and certainly not distributed fairly. Sports like softball, which require much more equipment like uniforms, helmet, bats, face,  masks and balls, should receive more money than others such as basketball, which only require balls and uniforms.

Uniforms can cost close to $200 per player for the jersey, pants, hat/visor, and cleats. Good bats regularly cost $300. Then there are the bases, helmets, balls, practice equipment, materials for the field. There are a lot of expenses related to softball that are difficult to cover with the money allocated to us from the PSAL and the city.

“More funding could absolutely provide many benefits. The ability to purchase more equipment, such as additional batting nets or a pitching machine could really help,” said Coach Wohlers Michael of The Lady Panthers.

We were promised windbreakers and never got them. We had to buy our own socks, which wasn’t that much of a hassle, but the school should just give us socks since they are basically part of the uniform.

“The past two years, spending on boys athletic teams has more than doubled that on girls athletic teams,” says Coach Mike of the boy and girls soccer team.

This just shows how underfunded the softball team is. We barely had enough uniforms for 12 of our players with even more girls on the team.

Throughout the seasons with injuries and once in while people not being able to show up to some games we had to hand off uniforms and pass them to people who were not gonna make it to that game to someone else who will play just because we didn’t have enough uniforms. Sarah Seif didn’t even have the whole uniform she’s used the old uniforms from over 5 years ago.

Meanwhile on the baseball team, “We have plenty of bats, balls, gloves, gear. Our coach overly obsessed oh how much stuff we need and already have. So he continues to buy more when we have enough,” said Zach Kaplan, a freshman on the baseball team. They have so much equipment and equipments just sitting in the bag they probably don’t use that we would easily be so fortunate to have.

“More funding could absolutely provide many benefits. The ability to purchase more equipment, such as additional batting nets or a pitching machine could really help.” said coach Wohlers Michael of The Lady Panthers.

Our softball team had a very rough beginning but we got are act together and started doing well with the lack of support and funding we have received throughout the years.

We are just as successful and important as every other team in this school. We may possible even more successful than the boys teams. Since we have improved more in the past couple years unlike the baseball team.

“We do not officially use the term, “Lady.”  I definitely never refer to my team using it, because I feel that it is sexist and denigrates the girls team, making them seem less than the boys teams. When has a boys team ever been referred to using the term “gentlemen?”  Until then, it will signify that the girls teams are less important / prestigious than the boys teams. Our basketball coaches sometimes use it, but it is not part of our uniforms or on the PSAL website.

Whenever I have an opportunity to speak about it, I make sure to explain why I find it sexist and encourage others not to use it,” said by Coach Coscheo Pete.