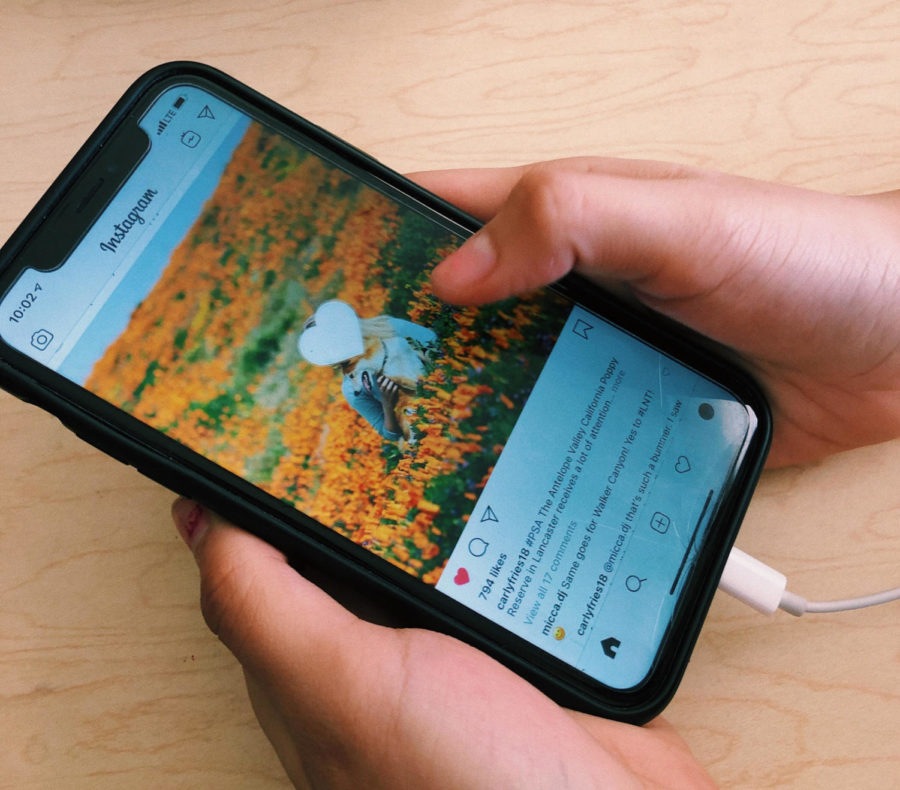 Social media has a great effect on kids and teens using the different apps. Its proven that things that people post can make other self conscious about themselves. Instagram is an app which allows you to like and comment on other people’s posts and criticize their posts which makes it different from other social media apps.

Whether it’s that they don’t look like the person they view on their screen or they don’t get the same amount of likes, people these days, especially teenagers are getting insecure about themselves, due to the amount of Instagram likes and comments.

Recently, it is extremely debatable whether the likes on Instagram should be removed or not. Some believe that the amount of likes people receive affect others negatively and others don’t.

Still others believe that teenagers are more focused on getting Instagram likes and making sure people like their post. Obviously people use Instagram for many different reasons, but suddenly the amount of likes on gets on their posts is extremely important. This has been debatable for a while, but since 2019 more people are feeling like the Instagram likes are a bad part of Instagram.

Vianyely Frias, an iSchool freshman, said, “yes I do enjoy it, I use it everyday.” She mainly uses it for entertainment purposes or to see her friends post, or she posts herself which she enjoys to do on a daily basis.

As well as another sophomore Jesse Kabongo said, “yes, I do enjoy using Instagram because I can chat with friends on Instagram, post stuff on Instagram, I can like other people’s pictures, follow celebrities, and also because the app is fun to have because it can express who I really am.”

Lastly an anonymous iSchool student expressed, “no, I do not enjoy using Instagram. It makes me feel insecure about myself and others as well, because sometimes I don’t get a certain amount of likes, which makes me think that people do not like the way my post looks.”

Everyone has their different views about Instagram and there is no right or wrong answer, which is why Instagram is hesitant on whether or not to remove the likes-option.. To some people they don’t really focus on the likes and are just posting for fun, while others care about the likes which may make them insecure if they don’t get a certain number of likes.

The likes on Instagram are one of the main reasons why it is different compared to other social media sources. We asked some more students at iSchool and some students who had more to say about this topic, if they think that users on Instagram are mainly on it to use it for the likes.

Freshman, Camila Mora said, “most of the time yes it is one of the main reasons people use the app and this is what makes Instagram different from other social media apps.”

Nickky Obi, a junior, stated, “yeah I use Instagram often because I get bored easily and other people’s lives are interesting. Also, i am a rapper so i’m trying to build a platform on Instagram.”

Lastly, junior Bethel Berhe expressed, “I think when people post they care about having a lot of likes to make them seem popular. “Then there are others that just post because they like the post and want to share it with their friends and family which they don’t really focus on the amount of likes that they receive.”

Everyone we interviewed stated in their own words that one of the main reasons why people use instagram is for the likes. This may be true, people can get addicted to Instagram because they enjoy liking other people’s posts and teenagers often compete with their friends to see who can get the most likes on a post.

When certain iSchool students students were asked whether the likes should be kept or not, we received various answers.

Mora stated, “I don’t think they should be removed because the amount of likes a person gets doesn’t define them which many seem to believe; and why it’s a big issue in today’s society.” She said that people don’t just post for likes, and that sometimes people just want to share things with their followers. Also, the amount of likes doesn’t define anyone and it shouldn’t have such a huge influence like it does today.

Obi , “I would say yes if i’m thinking of it in a sense of helping peoples self esteem and getting people to focus on life. But at the same time I would also say no because some people need to build themselves up we need the likes so they can see their progress as well as to get the word out because the more likes means more people will see it, which means the more money one can potentially make.”

As she said, some people are influencers and want to promote what they do and they can make money. So some people benefit out of getting likes and having a large amount of viewers.

On the other hand, Ariyen Jimenez, a freshman said, “Yes, I think there should be a way to like the post but the person posting them should have the amount of likes hidden, so it’s kept to themselves.” Since Jimenez believes that the amount of likes people get affects others, she thinks that there should be an alternative way to get likes without other people seeing them.

How do you think the amount of likes affects others?

It is obvious now that the amount of likes one gets on a post affects others, whether they do not care or it brings down their self-esteem. Even though people post on the app for different reasons, everyone is affected differently. There were many different answers when a couple other students from iSchool were asked how they think the amount of likes someone gets on a post affects others.

Berhe answered, “It affects others because it makes people feel like they are not popular enough or don’t have clout.”

Someone else who agreed completely with Berhe’s statement is Castillo. She claimed, “People get insecure or think that they’re not as good as another person with more likes or followers than them.” Throughout the interview, Castillo made it clear that followers do matter to teens, and how even people she know care a lot for a great amount of followers.

People even believe that teens are willing to change not only their looks but their personality as well. This would be so that they could match to the person on their screen, or so they could be ‘the average teen’.

Castillo, who uses Instagram a lot, said, “I think it affects them by wanting to change in order to get more likes.” This indicates that agrees with the statement of people trying to ‘fit in’.

Compared to other social media apps such as snapchat, it doesn’t give other followers the chance to like other people’s snaps, you can only see how many people saw your post.

Adding on to that, there are many pros and cons when it comes to this decision. If the Instagram likes are removed, this could mean that many people will stop using Instagram because without the likes on Instagram what is there really to do? At the same time, if the likes are removed, this could mean that more people would use the app because they would not have to be worried about feeling insecure about themselves and just post for fun.