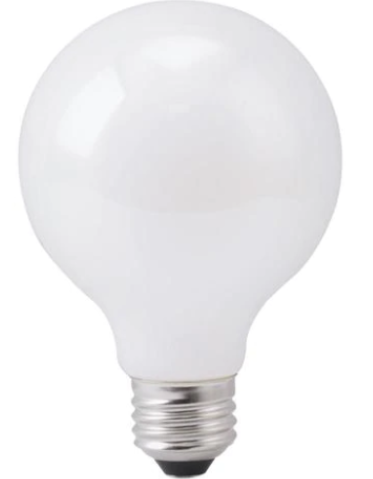 How the government uses light bulbs to infiltrate your mind

DISCLAIMER: This is a humor article. Please don’t take it seriously.

Light bulbs have become a staple in many homes around the world. According to eia.gov, almost 86% of people in America use light bulbs. This is a huge problem – that means that the government controls 86% of Americans, maybe more. It is shocking how many people are unaware of this issue.

Light bulbs decide everything we do – when we can see how we can do a task, etc. They also decide when we go to sleep or not – except for those few people who can go to sleep with the lights on.

According to freshman David Moreno, “I turn the lights on when I wake up.” But really, he turns the lights on because he woke up. He would not have turned on the lights if he didn’t wake up. And this leads us to the fact that the government then knows when you are awake and you are sleeping.

This is a real problem, because many would feel like this is a clear violation of citizen’s privacy and should not be allowed. I think everyone can agree because they don’t want the government controlling their minds, nor do they want them to control when they do anything.

For those of you who are still unconvinced, they are probably asking “What about the sun?” or “What about natural light?” Well, that is easily explained. The sun is simply a gigantic light bulb that they shot into space. The government sent “the sun” into space because they thought it would give them control over everything, but they were wrong. It only provided a specific sphere of influence over where the “sun’s” light was cast on. This can be proved by early civilizations such as the Egyptians and the Aztecs, who both praised the sun as a godlike creature. These were lowbrow attempts at absolute control. And this experiment was conducted by none other than, you guessed it – the Illuminati.

Still skeptical? Why is the Illuminati’s symbol an eye? Weren’t we all told not to look at the sun as children? Didn’t they say it would hurt your eyes? This is an integrated attempt at trying to get the population to not notice that their Sum is a light bulb rotating around the earth.

How you can help the world see the world as it truly is:

Obviously, the first step is obtaining a cheese bucket. It’s exactly what it sounds like: a bucket filled to the brim with cheeses. This will come into play later.

The next step is to learn to have night vision. This is a skill that only the brave of heart can attain. What you will need to do: turn off all the lights in your house, preferably at night when the “sun” isn’t out. Then, find the darkest place in your house, and crouch there until you can see almost like it is day. If you require sustenance during your time lying face down in your bathtub, simply reach into your handy dandy cheese bucket and, bam, you have a handy snack.

Once you have night vision, silently begin to attack the light bulbs. However, you must be careful about this, as they can see when they are on, so you must conduct your attack when they are off. Removing a light bulb can be done in three, easy steps:

You may get cries of gratitude as you are leading this holy crusade on light bulbs. Such exclamations like “Who are you?”, “Get out of my house,” and “Leave my lamp alone” are common, and to welcome the thanks of your fellow humans, leave them some cheese from your handy – dandy cheese bucket. Cheese is greatly appreciated in human culture, as some cheeses can get up to the price of $600 per pound, according to Forbes.

This proves that cheese can be a great parting gift to those congratulating you on your heroic journey to rid the world of the control of light bulbs, and may turn those people to our holy cause.

Remember, never buy light bulbs, and never, never, accept the sun as your lord and savior. You will get burned.