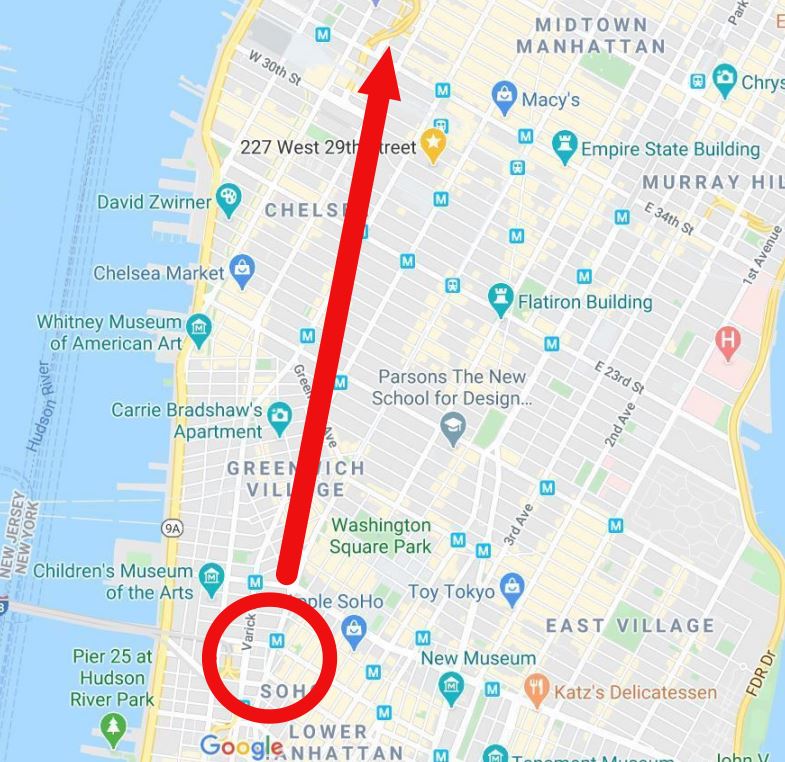 In 2006, the idea for a modern school that would become a model for the future schools of the 21st century was conceptualized among the Department of Education leaders. It was envisioned to be a high-tech school that would put emphasis on technologies such as video-conferencing and distance learning. An innovative school that would introduce lasting reform to the possibilities of high-school education.

Two years later, that idea was brought to life in the form of the New York City iSchool, located between Spring Street and 6th Avenue. After 12 years and several generations of students later, the iSchool is continuing to provide high quality education to its students.

And currently, its leaders are conceptualizing another major change for the school in the form of a new building and location. The move is expected to occur in the fall of 2023.

The idea of moving the iSchool to a new building is not exactly a recent one. The idea can mainly be attributed to the first generations of iSchool students who were displeased by the fact that the current building did not have the capacity for a green-roof. Fortunately, the new building is expected to have a wider range of capabilities than the current building, and will allow for such things as a gymnasium, elevator, and a green-roof.

“All the things that we wished we had, this building gives us, and allows us to have just newer and better things,” Ms. Bailey, the principal of the iSchool, said.“I think that’s a positive.”

Chelsea will be joining the iSchool in the move and will continue to be the iSchool’s building “room-mate,” meaning these new features will probably not be exclusive to the iSchool.

Overall, the new building will simply be far more spacious and will yield many positive results. One result is that the iSchool will be able to introduce more staff members.

Not only will the building change, but also the location. The building will be located between 429 West 36th street, around the Hell’s Kitchen / Garment District area. Unfortunately, some of the most beloved aspects of the Spring Street – 6th Avenue spot will be lost such as the close C, E, and A, station, the somewhat nearby 1, 6, N, Q, R, and W stations, the triangle park outside the front of the school, and the beloved Trader Joe’s store. “The subways are probably going to be the biggest change for the students,” sophomore Julian Lai expects.

Overall, the area has a fairly large number of people and about the same prices of food as in Soho. Unfortunately, there are many tall buildings surrounding the area, and the school will be close to where the Lincoln Tunnel ends, which could be seen as a slight negative.

At the moment almost zero amounts of construction and planning has been completed for the new building. “They (the developers) are talking about starting construction in January of 2021,” Ms. Bailey said.

Currently there is a lot of potential for what could be used for the space. There is already a designated area for the green-roof to be placed.

Sophomore Demecis Juarez believes “having a bigger lab would be so much nicer.” Juarez also thinks that specifically Mr. Smolka’s room could be expanded to accommodate for more tools and appliances. She expects that the hallway space could be increased more as well to prevent jams and traffic between classes.

Sophomore Rachel Silverman simply wants the gymnasium to be separated from the auditorium. When talking about the future of the iSchool, Silverman commented, “I feel that we have a good amount of students – it’s not too big, not too small, so I feel that the people don’t really have to change, but the building itself could use a little renovating.”

The general consensus is and has been that the current building has some major flaws and requires renovating. And renovating was the plan for a very long time after the early generations of iSchool students engaged discussion about the possibility of a green-roof.

Because of the initiative the students took, certain individuals started to get invited to inspect the quality of the building. Ms. Bailey says that because of those visits “we were seen as a building in need of either desperate renovation or a total move. They could not get a deal with the developer in order to keep us here and renovate the building, so the most economical option on the table right now is for the iSchool and Chelsea to be moved to this new location and a new building to be built.”

With the move to a new building, the iSchool and Chelsea will leave behind many negative aspects that have been commonplace in the current building, such as the small cafeteria, stairs, and gymnatorium.

While the move to a new building is a huge deal for the future of the iSchool, it is unfortunate that the classes of 2020 – 23 will never experience the new building and the benefits it has to offer. If the class of 2024 or above is reading this, just know you owe thanks to your iSchool predecessors that you have an actual gymnasium and an amazing green-roof.