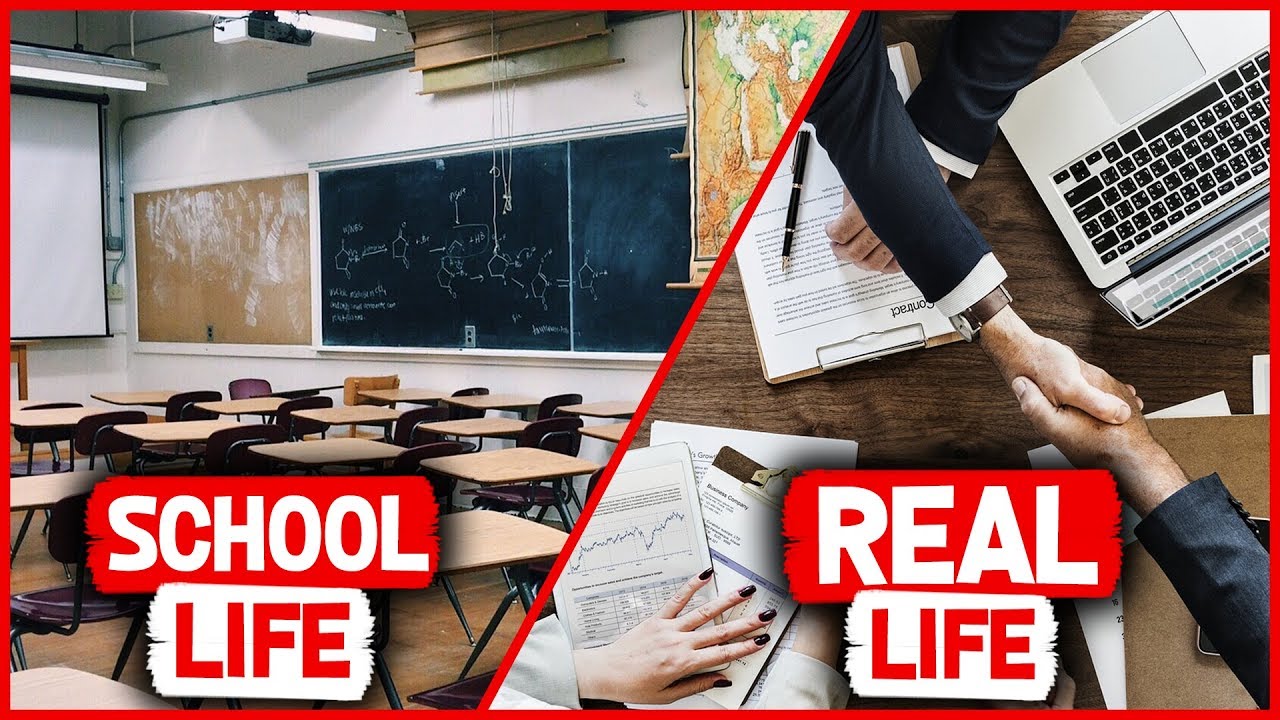 What school tells us to do vs what we should do

Every kid when they finish high school follows what school and society tell them, which is to go to college, get a nice job, pay the debt, have a nice family, buy a house, retire when you’re 65, and live your life at 65 years old. I don’t know about you, but living my life at 65 does not sound like life to me.

The school system and the government have failed and misled many of our young generation. They have diverted from what school should be teaching and have made many lives not worth living.

Many interviews and surveys conducted by William Damon showed that “only about one in five young people in the 12- to 22-year age range express a clear vision of where they want to go, what they want to accomplish in life, and why. Almost 60 percent may have engaged in some potentially purposeful activities, or they may have developed some vague aspirations, but they do not have any real commitment to such activities or any realistic plans for pursuing their aspirations.” But I do not blame the school’s teachers for this, if not the school system for programming so many kids to fail in life generation after generation. For making them think that there is only one path to success.

Albert Einstein once said, “everybody is a genius but if you judge a fish by its ability to climb a tree it will live its whole life believing that it is stupid.” It does not make sense to me that we push so many kids to do something in life that they don’t even like. About 70% of Americans hate their job, and I don’t want my fellow students to be part of that 70% working from paycheck to paycheck. I want them to find their own purpose in life

Student loan debt has tripled since 2006 and now makes up $1.45 trillion in household debt, according to Finder’s analysis of Federal Reserve Bank data. If growth continues at this rate, student loan balances are set to overtake those of mortgages by 2042.

A total of 53.2 million former students say they’re unsure about the value of their degree. Underemployment causes $462.3 billion in student loan waste.

About 43.7% of recent graduates ages 22 to 27 with a bachelor’s degree or higher are underemployed, according to the Federal Reserve Bank of New York’s Labor Market for Recent College Graduates.

In “Rich Dad Poor Dad” Robert Kiyosaki asked his poor dad who was the principal of Kavgiloa School. And later, he became supervisor of interns and practice teachers at the University of Hawaii. Later he rose to district superintendent of the Hawaii District (1959). “Why do we go to school? Don’t we go to school to learn how to make money? If so, why don’t they teach us anything about money?( According to Ms.Andrea at the iSchool, there is a personal finance class)  His father answered his question and siad “Because the government doesn’t let us teach that subject. The government tells us what we can teach and what we can’t teach.” Robert Kiyosaki asked again, aren’t we going to school to learn about money? He says no. Your job is to get a job,” Which makes us think school doesn’t teach us how to make money but it encourages us to spend and get into debt. So school is a liability instead of an asset.

There are many rich people that never went to college:Bill Gates, Mark Zuckerberg, Michael Dell the founder of Dell inc, Steve Jobs, Evan Williams, an entrepreneur and computer programmer, who helped co-found Twitter, and Ted Turner known for creating multiple TV channels, including CNN, Cartoon Network, and Turner Network Television (TNT). Also Jay-Z, an American rapper and entrepreneur, the world’s first rap artist, billionaire and many many other people that made it as big as you can imagine. The point is you don’t need a college degree in order to be successful. Start doing what you love because you never know you may be the next Mark Zuckerberg.

Stop wasting your time on things you don’t love to do. Live your life the way you want, not how other people want. One in 400 trillion are the odds of you actually existing, and you still sit here and question whether your life is worth living or whether you are enough for people. Don’t listen to people. You are the author of your own book, the pen is in your hands and you decide how your story shall be written.

But do not make the mistake of thinking that you have time, life can go on in a blink of an eye. As Buddha  once said, “Time is free but it’s priceless.You can’t own it but you can use it. You can’t keep it but you can spend it. And once it’s lost you can never get it back.” This is telling us to do the things we want in life because tomorrow is never promised and by finding your purpose you will open doors that you thought could never be opened.

Chadwick Aaron Boseman once said, ”you would rather find purpose than a job or career. Purpose crosses disciplines. Purpose is an essential element of you. It is the reason you are on the planet at this particular time in history. Your very existence is wrapped up in the things you are here to fulfill.” This is saying that all of us have a talent and a role that we could play on Earth. But we don’t awaken or tap into it, because we spend our lives living for other people and worrying about what other people might say.

Furthermore, Boseman said,  “Whatever you choose for a career path remember the struggles along the way are only meant to shape you for your purpose. When I dare to challenge the system that would relegate us to victims and stereotypes with no clear historical backgrounds. No hope or talents. When I questioned that method of portrayal, a different path opened up for me. The path to my destiny. When God has something for you it doesn’t matter who stands against it,” So, my dear fellow students and all of the people reading this, find your purpose in life and do not let other people’s opinions of you become your reality.