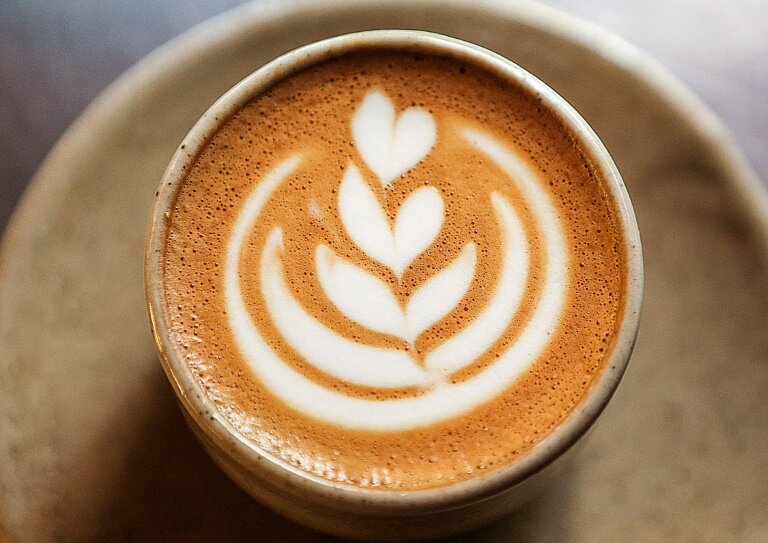 The early breeze of a Monday morning goes by as you awake to the sound of your third alarm. Knowing you are late, you start to get ready for school in a hurry. Changing your clothes and brushing your teeth, your day has now begun.

Leaving your home for what feels like forever, the pain of having an empty stomach haunts your way. You decide to move on and, like many birds, just move through hunger.

Finally, you are near the school, but seeing as you are already late, you decide to get something before going into the eternal prison. As you walk you meet a man who works at a breakfast truck. The conversation first starts with, “can I get a coffee?”

The constant factor of needing coffee has become the reality of many. Its sweet/sour taste has become it’s main attraction. No real way to escape it as it slowly makes you fall into a small addiction.

The small addiction is indeed something that shouldn’t be played around with. Especially in this day and age where coffee consumption is at its highest. That’s why we need to be more careful with the things that we put into our bodies or consequences can occur.

How much coffee does the world need?

“I tend to drink coffee daily and see many people here in the early morning. So I would have to guess that the world needs a lot of coffee. Not to mention that it’s one of the most common drinks around the world,” said Sara, who was interviewed in a Starbucks near the iSchool.

People rely on coffee specifically for being able to wake up and have energy in the mornings. While the world may rely on coffee, it is not necessarily the safest of options.

Caffeine is one of the things that makes this great drink dangerous. This base can be found in many other drinks like soda, some tea, energy drinks, and many more. Coffee is found in all places around the world.

According to foodandwine, “A study commissioned by the National Coffee Association surveyed 3,000 Americans about their coffee drinking habits. The survey found that 64 percent of Americans drink a cup of coffee every day, up from 62 percent in 2017, and the highest percentage since 2012.”

As we can see, coffee has become very popular in the life of many Americans. This habit can and has been passed on to the younger generations, affecting not only their mind but also sleeping habits. The more this plague expands, the bigger the problem is.

Is coffee bad or good?

Due to coffee being one of the most popular drinks amongst people, many coffee shops have opened. This has helped create new jobs and opportunities for many. With the increase of demand for coffee, there’s been many rivalries for the top spot.

But the biggest coffee company is Starbucks. Founded in 1971, this company sells beverages of many kinds, but its most popular option is coffee. The desire for either sweet drinks or sour ones that help one wake up have only kept increasing. But how much is too much?

According to clevelandclinic, “Healthy adults shouldn’t consume more than 400 milligrams (mg) of caffeine per day. That’s equal to about four 8-ounce cups of brewed coffee or 10 cans of cola. Teens should limit their caffeine intake to less than 100 mg per day (one 8-ounce cup of coffee or about two cans of cola).”

Now what happens if you intake too much caffeine?

“I think that because caffeine has helped me stay awake and study for many tests, too much caffeine can be bad for your health. I once had to study for a final and had only remembered it the day before. I proceeded to stay up all night with the help of coffee but I felt absolutely horrible the next morning and almost didn’t make it on time.” – said Ali, who was interviewed near Rockefeller Center.

That response was quite accurate. In fact, according to WebMD, “Caffeine works by stimulating the central nervous system (CNS), heart, and muscles.”

If too much caffeine is consumed, there will be too much stimulation in those parts of the body. This can lead to high blood pressure or heart disease. Other immediate side effects are; insomnia, constant shaking, anxiety, abnormal heartbeat, and many more.

Too much caffeine can be extremely bad and draining for your health. But this doesn’t mean that caffeine once in a while is necessarily bad.

As stated previously, caffeine can help a person stay awake but it can also help burn fat, stay attentive, and can help improve physical performance. Not only that but it can help prevent strokes and kidney disease.

A stroke is caused when the blood fails to get to the brain in time. Coffee has a substance, antioxidants, that help lower blood pressure, thus, it can help prevent any damage to arteries.

Coffee is a mild diuretic and can help increase the need to urinate. Diuretics help the body by sending signals to the pituitary glands that release ADH hormones (these hormones are in charge of regulating the water levels inside the body and making sure that the kidneys don’t reabsorb too much water while in the process of releasing waste from the bloodstream).

While coffee in great quantities can be extremely harmful, it can be said the opposite for limited quantities. A recommendation by many doctors has been to drink coffee but make sure you don’t rely on it for everything.

How to avoid addiction or get rid of it

Caffeine addiction is an excessive use of anything that has caffeine. This can lead to many harmful chemicals in the human body as stated before, or it can lead to the codependence of coffee.

To be able to know if you have a caffeine addiction, you first must try to stop drinking it for a while. If by the first 2 days you feel like you can’t function, then it means that you heavily rely on caffeine.

Some effects of caffeine withdrawal can include but are not limited to headaches, fatigue, drowsiness, a negative mood, or having a difficult time concentrating.

According to clevelandclinic, “To successfully reduce your caffeine intake, gradually reduce the amount of coffee, tea, soda and energy drinks you have each day. Begin to substitute cold caffeinated beverages with water. Water is a healthy choice and satisfies the need for drinking a liquid. Water also naturally flushes caffeine from your body and keeps you hydrated.”

It’s not good to stop drinking caffeine as soon as you realize you are addicted to it. If you do then you will face the withdrawal effects of caffeine. Of course, one can forcefully quit caffeine or you can take the safe route and slowly substitute it for a healthier drink.

This type of addiction is not too harmful but can be dangerous. The process of stopping the codependency of coffee can take about 7-12 days and caffeine can leave your system in about 10 hours. This is a short time compared to many addictions and honestly it’s way easier than having to deal with hospital bills due to lack of sleep.

Coffee is not a good nor a bad drink. But like many drinks it can be extremely addictive. Thus, one should limit the amount of caffeine that gets put into the body and make sure that you have control.